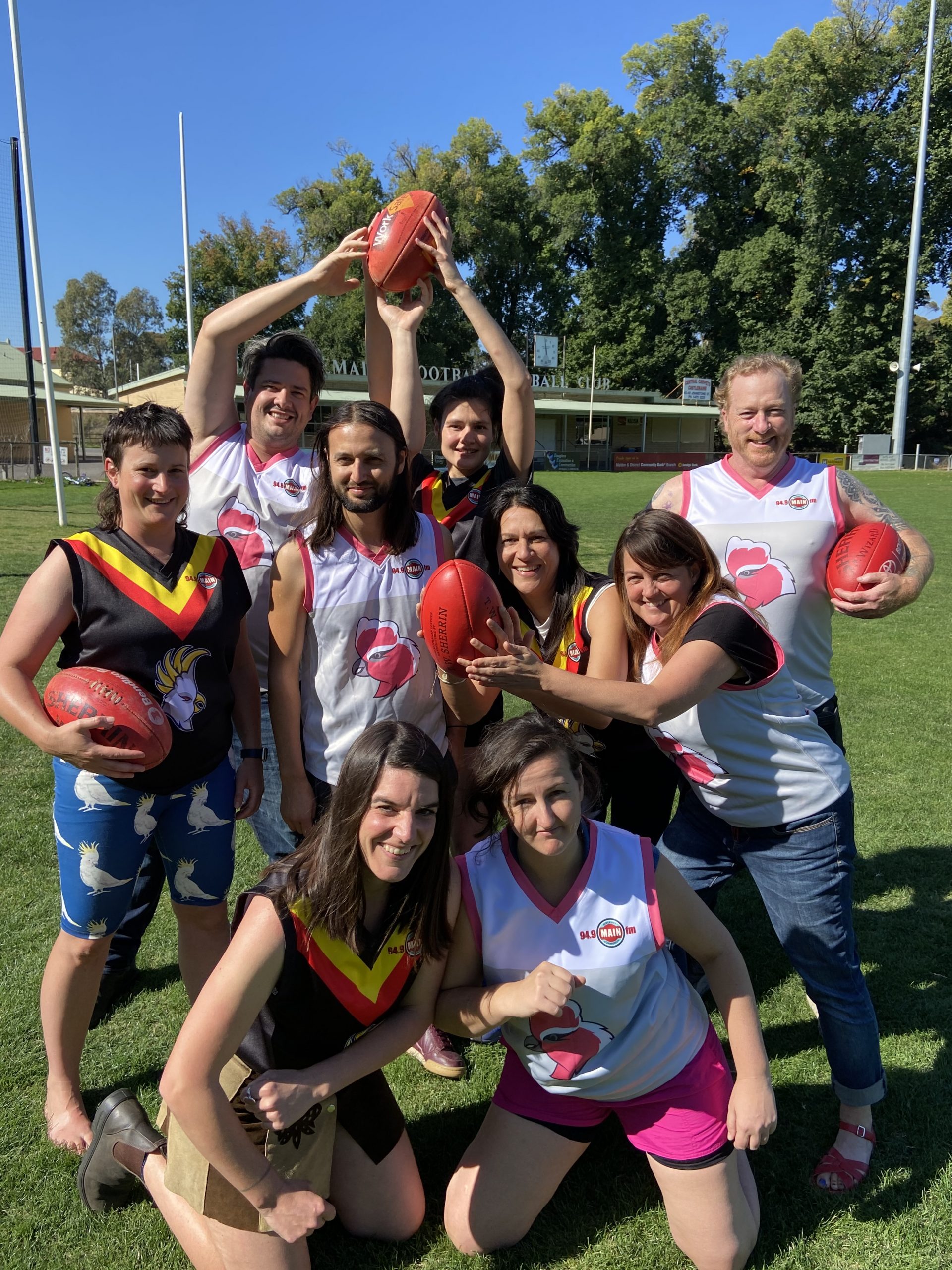 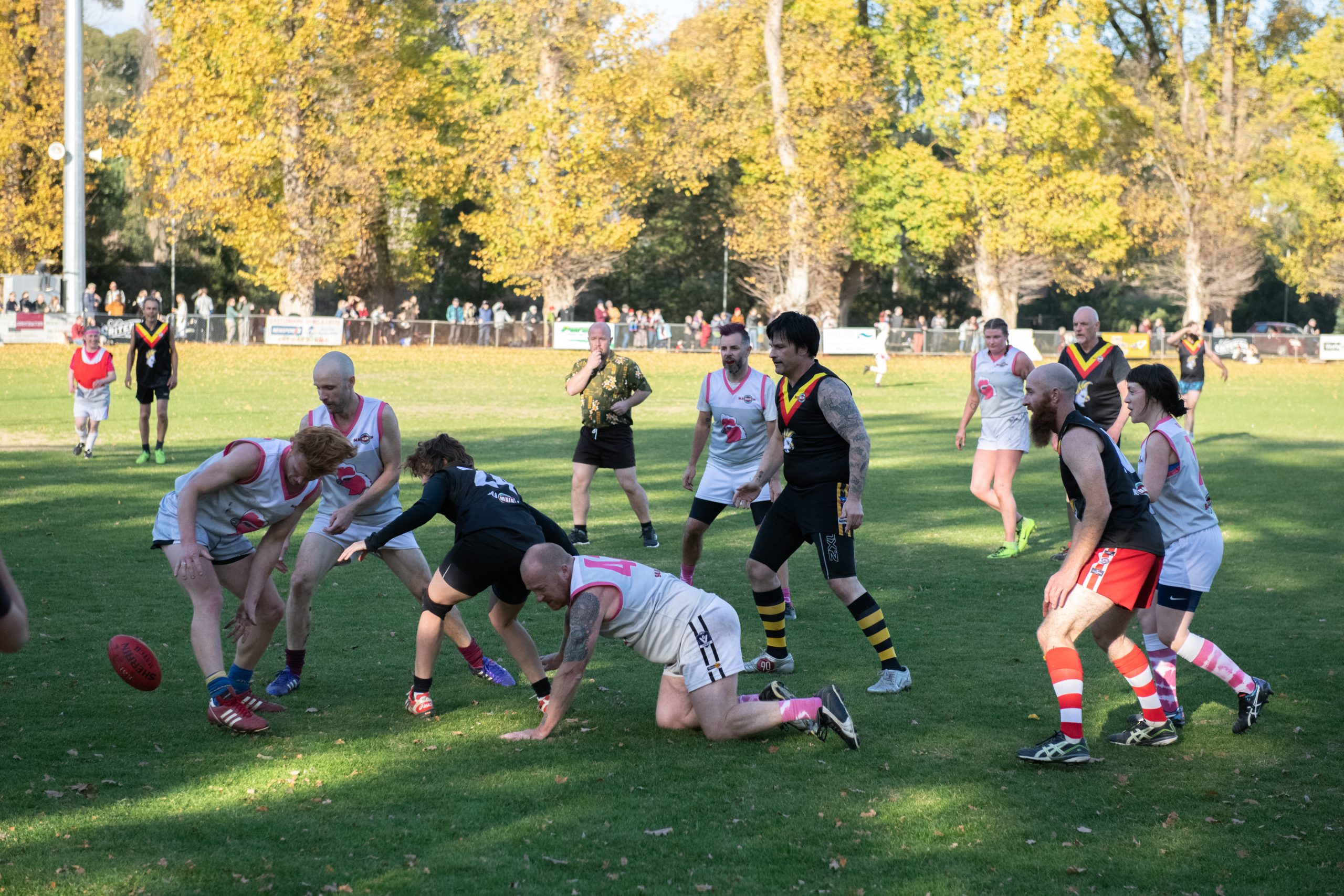 The MAIN Game is an event like no other this side of the Great Divide and returns to Castlemaine on Sunday June 13.
A community engagement and major fundraising initiative for 94.9 MAINfm, the day features a game of Aussie rules footy between the Radio Galahs and the Rockatoos at the historic Camp Reserve.

The teams are made up of MAINfm presenters, local musicians and other respectable members of the community of mixed ages and mixed abilities and this year 50 per cent of the players are women.

MAINfm’s manager of sponsorship and events, Sue McLennan, said this year more than ever the event had a real community focus.
“We’re hoping this will help raise awareness and garner interest in the radio station as a lead up to our annual subscriber drive, Radiothon in July,” she said.

Ms McLennan said event goers could expect a seriously fun game of footy alongside some great live and local entertainment.
“We have the Castlemaine Highland Pipe Band, local rockers K5 and dance troupe Lady Fun Times locked in, alongside food stalls, the MAIN Bar and a handball competition.
“The focus really is on having fun this Queen’s Birthday long weekend!”

The MAINfm van will be broadcasting live from the event for those listening at home, with MAINfm’s own entertaining and unique commentary team bringing listeners all the action from on the ground.

“Footy brings people together,” Ms McLennan said.
“It’s an integral part of Victoria’s culture, and Castlemaine has a long history as a hub of footy activity with the Castlemaine Football Netball Club being one of Australia’s oldest and proudest sporting clubs in Australia. And with training well under way, the coaching staff has risen to the challenge,” she said.

Rockatoos coach Alana Wearne said they had a fantastic response to the player call out and keen interest from all genders this year.
“The focus in our training sessions has been about building camaraderie, fitness and social connections, which are the reasons many have chosen to play,” she said.

Gates will open at midday with entertainment starting at 12.30pm and the game set to kick off at 1.30pm. Entry is $5 for MAINfm subscribers, $10 general entry, free for kids under 18. Tickets are available online at mainfm.net