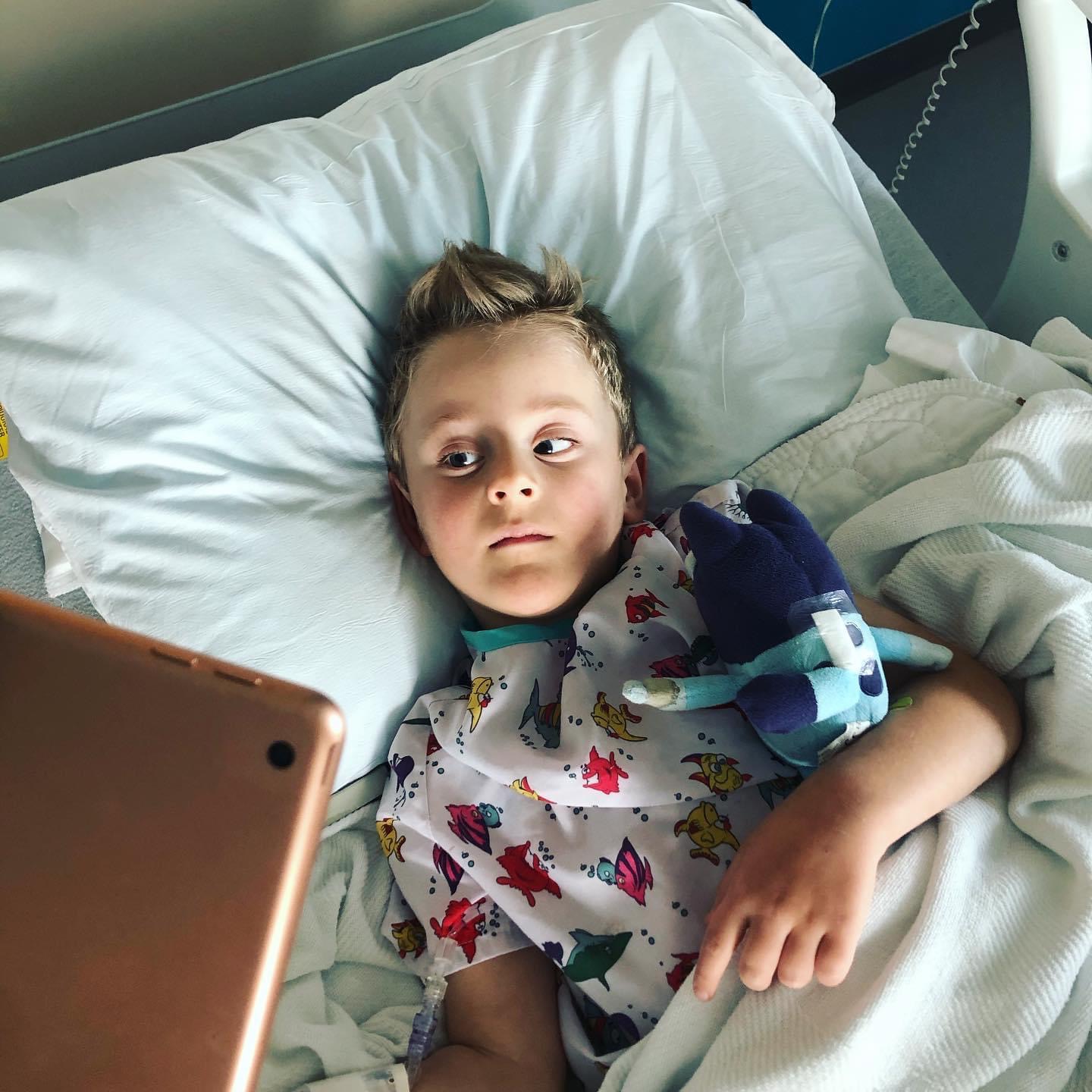 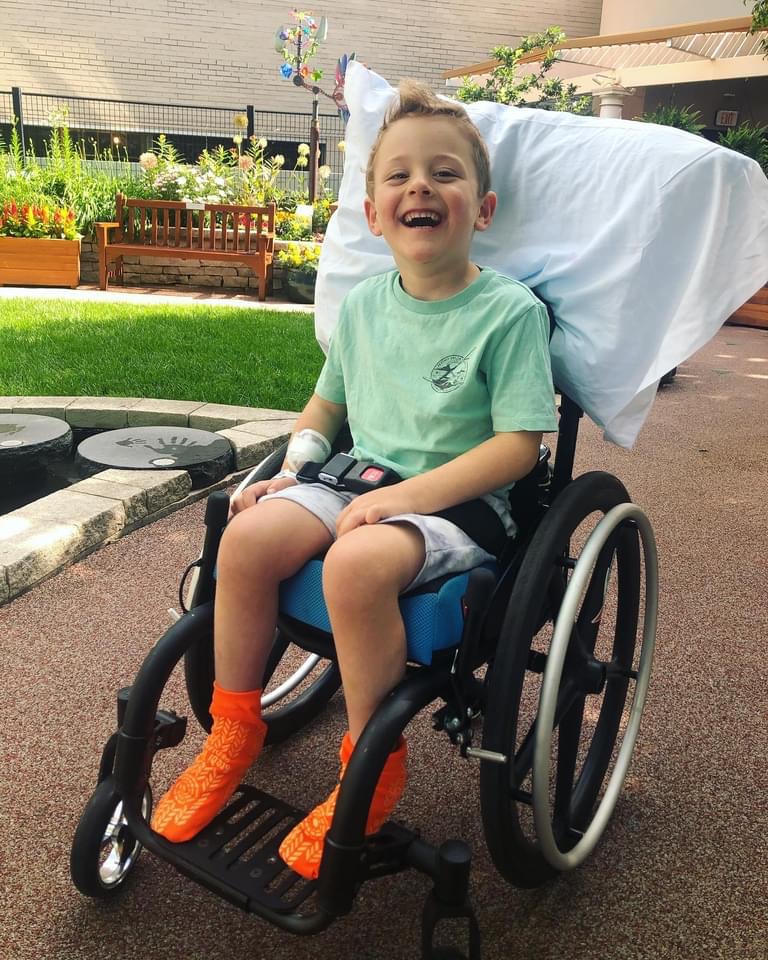 Courageous Castlemaine youngster Austin Vearing has successfully conquered two rounds of surgery in the United States and is now on his road to recovery.
The four-year-old and his family flew to America earlier this month where he underwent life-changing SDR (selective dorsal rhizotomy) surgery at St Louis Children’s Hospital.

Austin’s mum Kat and dad Julian said he was incredibly brave going into his first surgery, where his surgeon Dr Park and team removed 65 per cent of the sensory nerve fibres that come from the muscles and enter the spinal cord.
While the surgery isn’t a cure for Austin’s cerebral palsy, it will reduce spasticity in his body giving him better posture and control, less pain and is expected to enable him to walk independently on all surfaces.
“He had a rough few days following the procedure and was missing his little brother Shelby, but he was soon up and about and beginning his physical therapy,” Kat said.
“Thanks to everyone back home for their messages of love and support, it has meant so much.”

After being discharged from hospital Austin continued daily outpatient physical therapy sessions and managed to squeeze in an enjoyable trip to the St Louis Aquarium before undertaking a second paediatric orthopaedic surgery last Thursday.
Kat explained that even after having SDR surgery, Austin could not put his left heel on the ground. This was due to shortened muscles from his spasticity.
“The surgery lengthened both hamstrings, and his left calf muscle. It will further support the gains he has and will make from SDR, and make walking and moving so much easier,” she said.

Austin bounced back much better after his second surgery and, buoyed by improved movement in his left heel, was soon back up and about and beginning therapy on his ‘new legs’.
Kat said that while Austin had a long way to go they were amazed by the progress he had made so far. In fact, on day two of his outpatient physical therapy he was walking with a single cane!
“They say it can take three to four weeks for the child to reach pre-surgery strength and mobility levels. It will definitely be one day at a time, one step at a time,” she said.
“Austin is doing an hour of therapy Monday to Friday in the hospital. We’re also doing as much as we can at home, stretching, strengthening and getting him moving as much as we can. He’s still not operating at full pre-surgery capacity and fatigues easily, so we’re trying to build back his strength and confidence.”

Before the Vearings head home they are enjoying as much of St Louis as they can and this will include a special outing for the avid train buff.
“There’s so many fun kid-friendly activities here!” Kat said.
“Austin especially wants to go to the Transportation Museum where they have some huge amazing trains, we’re just waiting for him to be a bit stronger so then he can get up into the trains and enjoy it to the fullest. And also a slightly cooler day. It’s very hot and humid here!
“We head home on June 30 and will have to undertake quarantine requirements upon arrival into Australia.”
You can follow Austin’s inspirational progress at www.facebook.com/austins.wish.to.walk