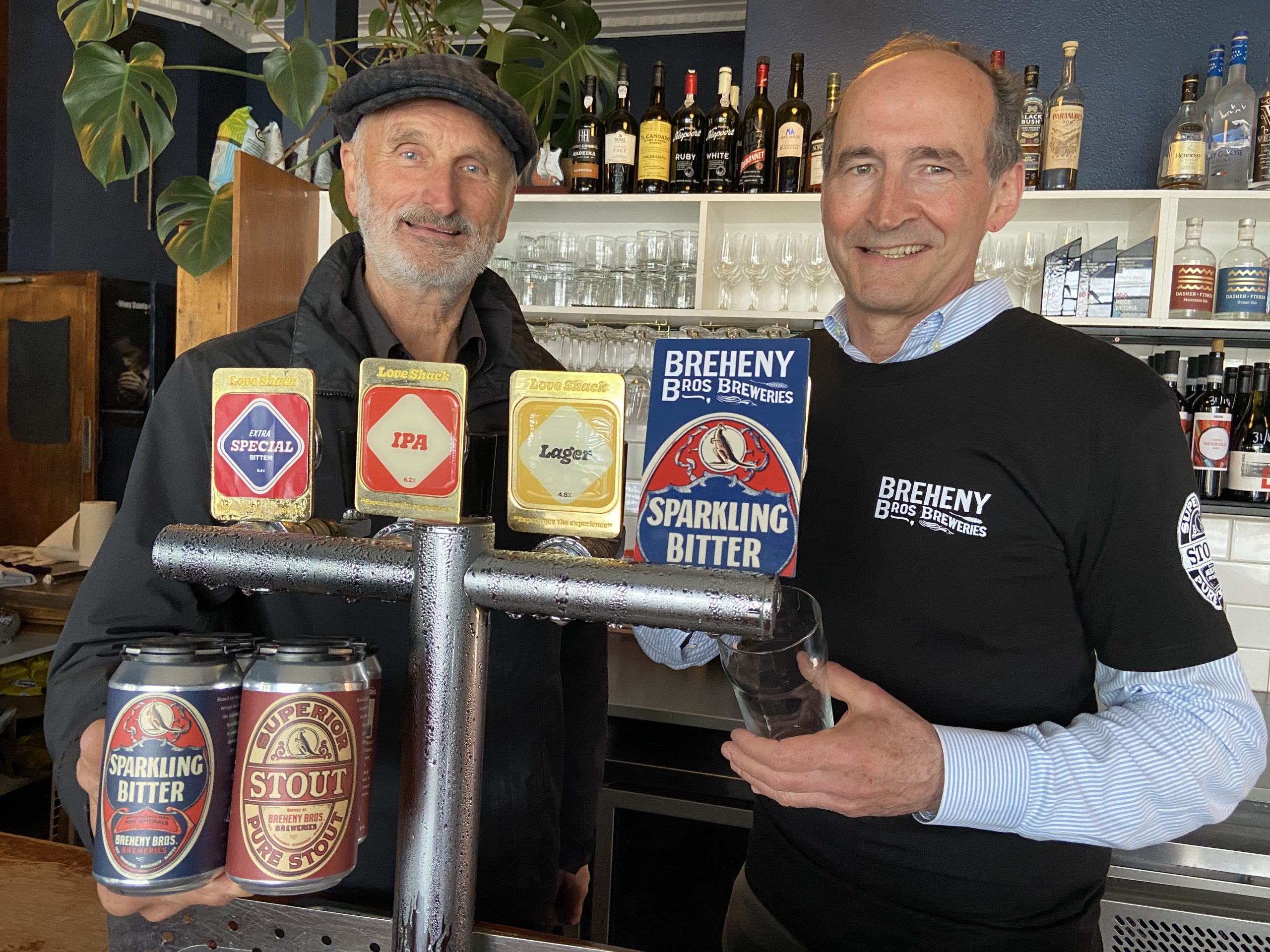 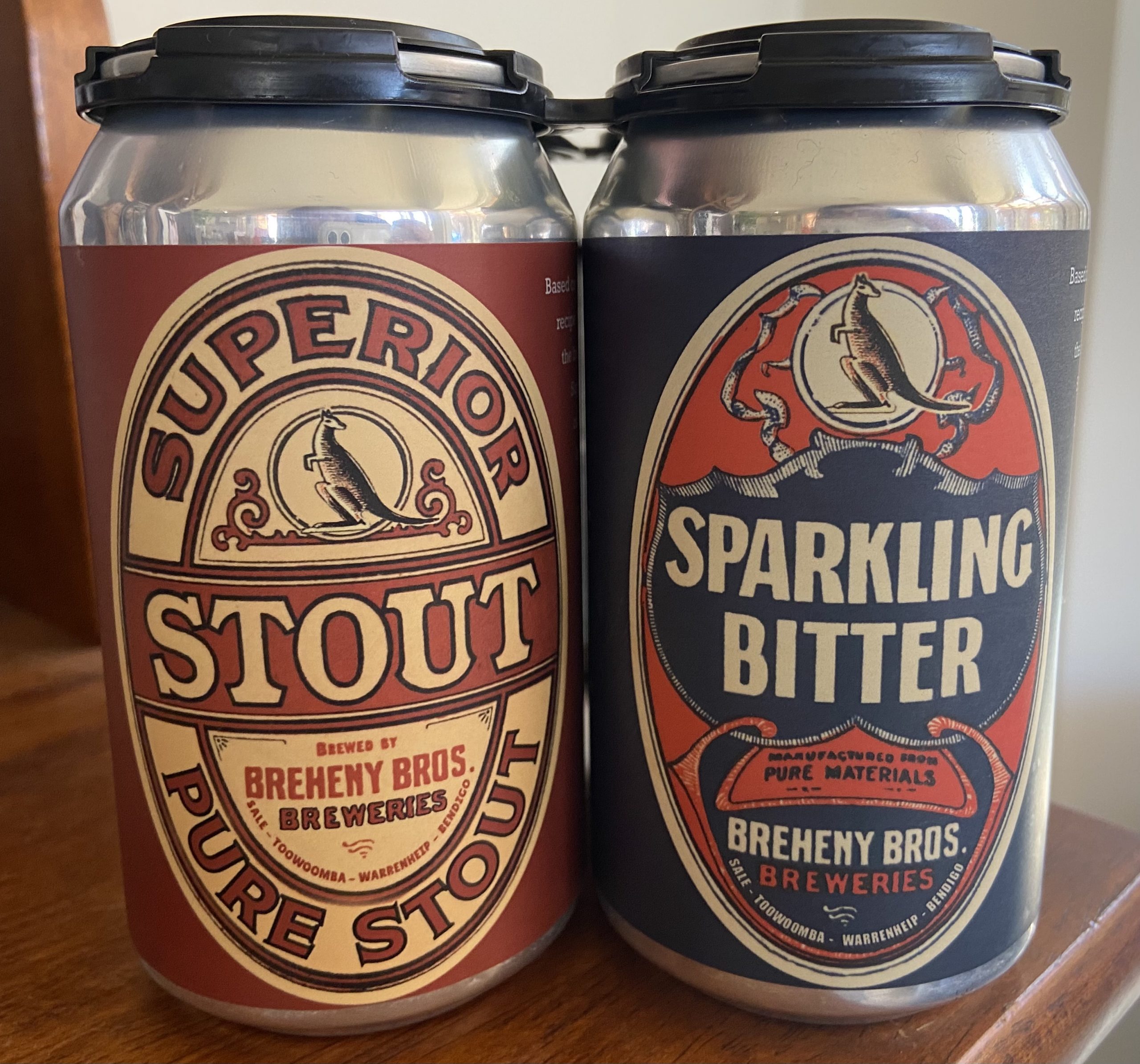 A new brew 100 years in the making is set to be unveiled at Castlemaine’s Theatre Royal this Saturday.

The new venture has been made possible by two descendants of the Breheny family – cousins Justin and James, the grandsons of James Breheny – who had initially just sought to just recreate the family’s popular drop.

The Breheny family had four breweries at Bendigo, Warrenheip (Ballarat), Sale in Gippsland and Toowoomba, Queensland, at the height of their success and the six brothers, their various cousins and descendants have worked at numerous other Victorian breweries, including having a pivotal role in the founding of the renowned Melbourne Co-Operative Brewery at Abbotsford. The co-op was founded to compete with Carlton Breweries and created renowned beers such as the Abbotsford Invalid Stout and Melbourne Bitter and was later bought out by the giant becoming part of Carlton and United Breweries.

The family has a local connection, with one of the six brothers, Peter, having been head brewer at the former Fitzgerald’s Brewing and Malting Co in Elizabeth Street, Castlemaine, for 12 years in the early 1900s.

And Stephen Breheny – a cousin of Justin and James – still resides in the Castlemaine area and has been proudly spruiking the new drop and recently added second offering the ‘Superior Stout’ in the local region.

Justin and James Breheny told the Express that a year ago they wouldn’t have dreamed they’d be marketing, selling and delivering beer across the state. While James has continued in his family’s footsteps working in the brewing industry for CUB, Justin was semi-retired after a successful career in the finance and insurance industries.

“We were discussing the family’s rich history in the brewing industry, which started with John Breheny (born in Ireland in 1833), over Christmas drinks late last year,” James said.

“One of our cousins later uncovered some old recipe books and passed them on. The detailed books documented each of the Breheny Brothers brews, the ingredients, quantities, temperatures, conditions etc.

“One recipe consistently stood out and so we decided to approach our good friend and respected head brewer at Burnley Brewing to bring the beer to life and create our first 10-keg batch,” James said.

“He had to wrestle with the traditional quantities substituting bushels and pounds for modern measurements and making a few minor alterations but the resulting ‘Sparkling Bitter’ is 95 per cent authentic to the Breheny Brothers’ original recipe,” Justin said.

The family and close friends enjoyed a tasting party in March and all were quietly taken aback at the fresh, easy drinking taste of the sparking bitter.

“It was a real hidden gem. It was really well received so we decided to test the waters and see if there may be interest in the drop in the local market and it’s really taken off with the beer now on tap at about 12 pubs across Melbourne and on tap or available in can form at former Breheny Brewery locations at Sale, Bendigo and Ballarat. The cans feature elements of the family’s original label artwork.”

The cousins said it was fitting they approach the Theatre Royal and bring the drop to Castlemaine in honour of their great uncle Peter who played a key role at the Fitzgerald Brewery (the original home of Castlemaine XXXX).

“Tim and Felicity and the team at the Theatre Royal have been really supportive and we think it’s nice that our beer, which has such as rich history, will be served side by side with such a successful newcomer like Love Shack Brewing Co, which got their start at the historic venue,” Justin said.

Local beer aficionados are invited to drop in from Saturday afternoon to enjoy the new offering with a rich past.