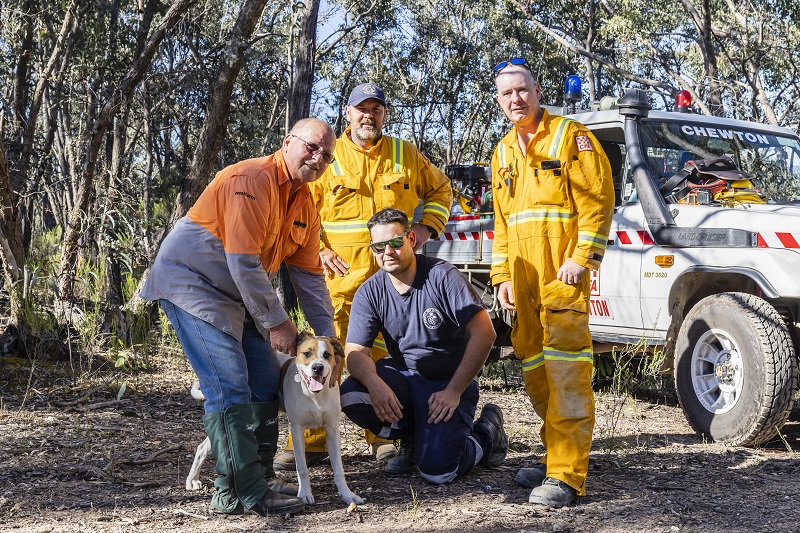 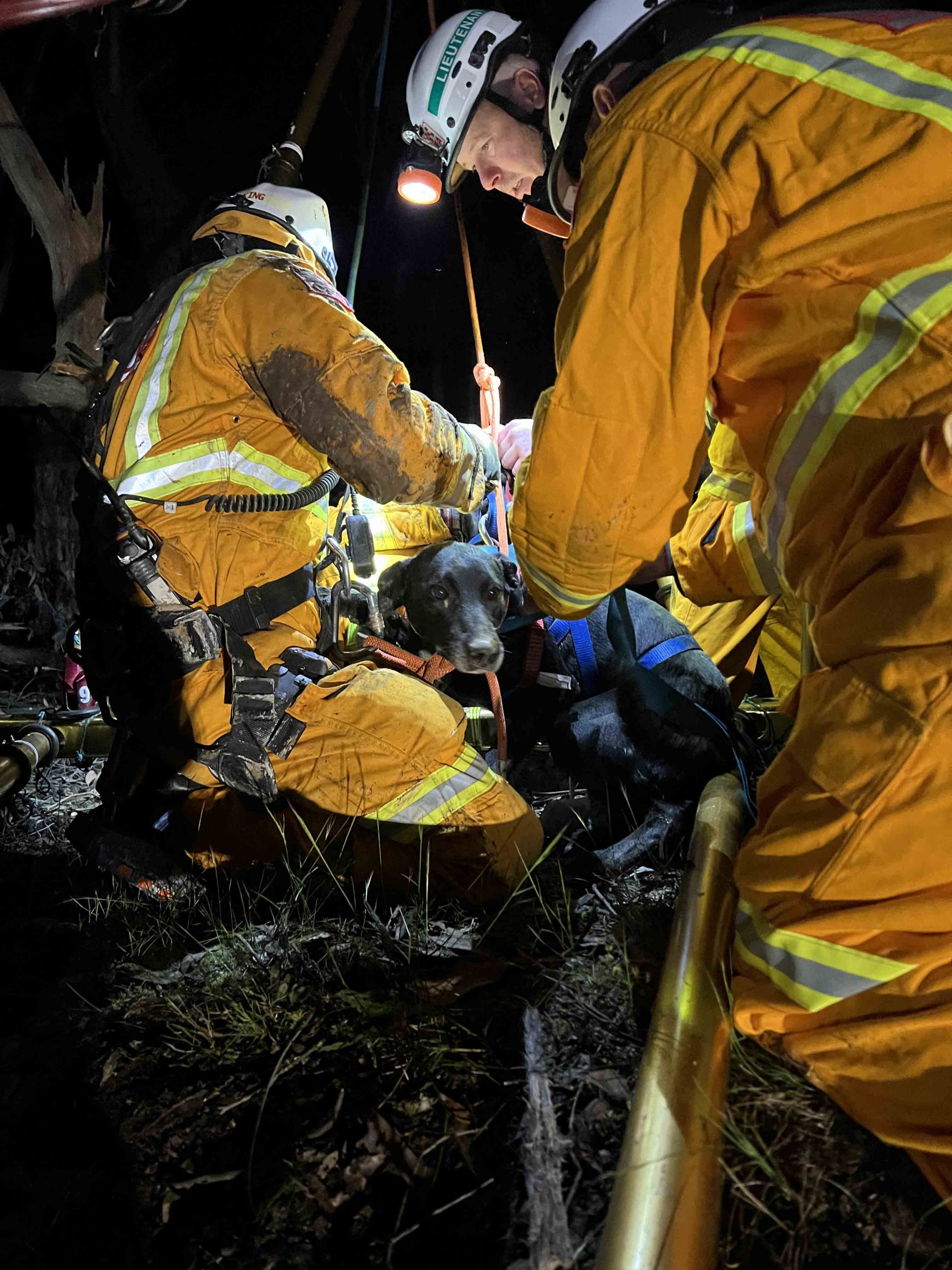 Two dogs have been rescued from mine shafts by local CFA brigades and a specialist unit in the space of week.

In the most recent incident, a dog was rescued from a shaft in a remote location in the Wombat Forest near Woodend in darkness last Friday night.

Woodend CFA volunteers took some time to reach the remote location and called for the OSCAR mine rescue crew from Bendigo.

Incident controller Tim Duff said the OSCAR crew was brilliant to work with, ably assisted by the Woodend volunteers.

“Once on scene they discovered that the dog had fallen nearly 20 metres down the shaft,” Mr Duff said.

“They then began the task of setting up the intricate rescue system for a CFA member to be lowered down to the dog.

“After about 90 minutes the dog emerged safe and sound, albeit a little shaken and very pleased to return to the owners.”

Woodend crews returned to station around 1.30am the next morning after a four-hour effort in very difficult conditions.

The incident followed another rescue involving the OSCAR crews in which a bull-arab named Bruno spent a night underground in the Castlemaine Diggings National Park on December 4.

Incident controller David Button from Chewton Fire Brigade said the dog’s owner and a friend had been out exploring tunnels when the dog fell into a shaft.

“The owner couldn’t find Bruno that day despite a thorough search, so he returned the next morning,” Mr Button said.

“That’s when he shimmied up to edge of the shaft, shone a light down the shaft, and saw the dog walk across the beam of light.

“It was probably a 20 or 30-metre drop but the dog wasn’t scratched or limping, and seemed not to be injured in any way.”

Mr Button said they also called in the OSCAR crew to help with the operation.

“We set up an area for the team who brought in their gear, went down the shaft, and found the dog, which was completely fine and in good spirits,” he said.