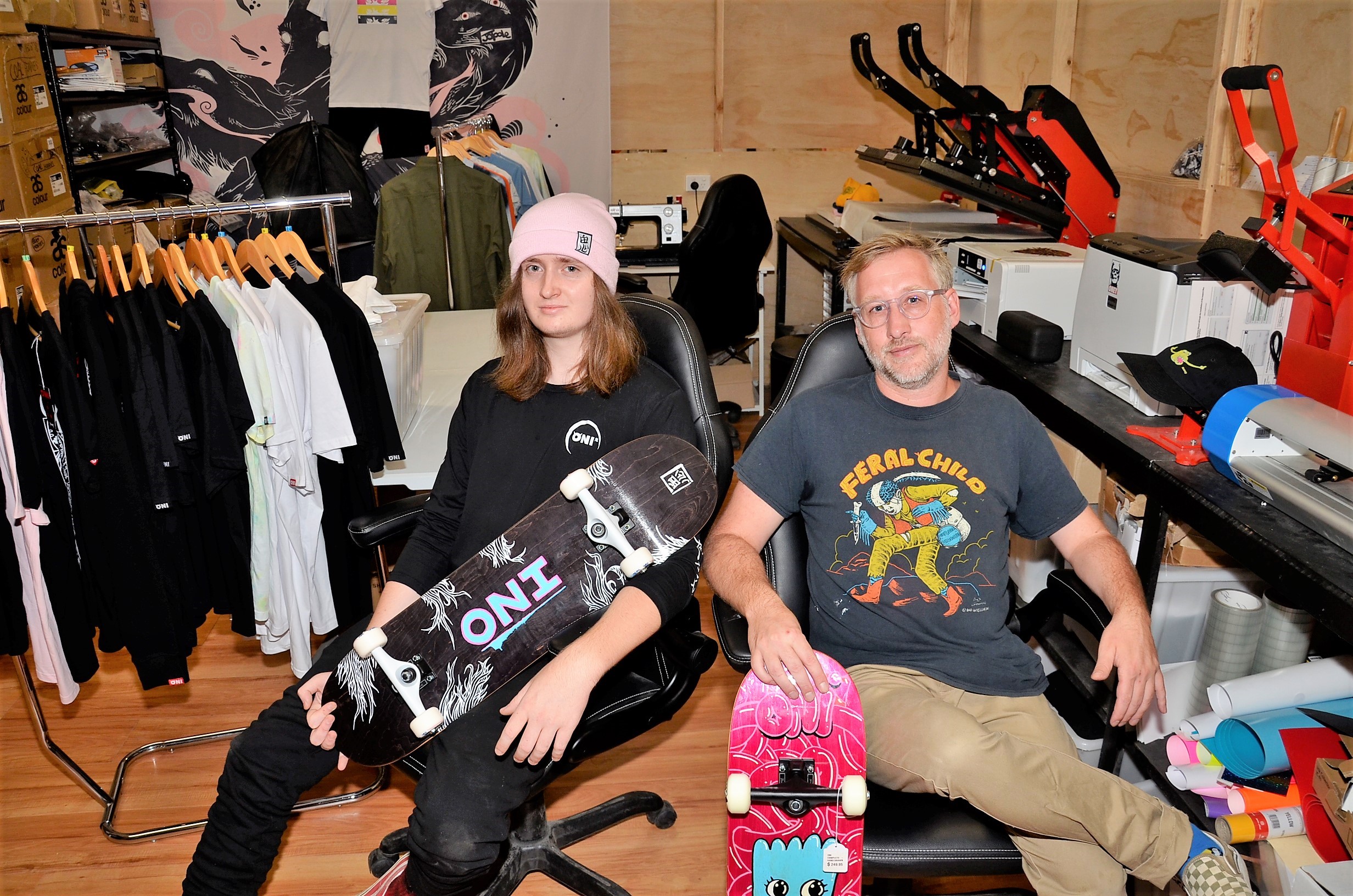 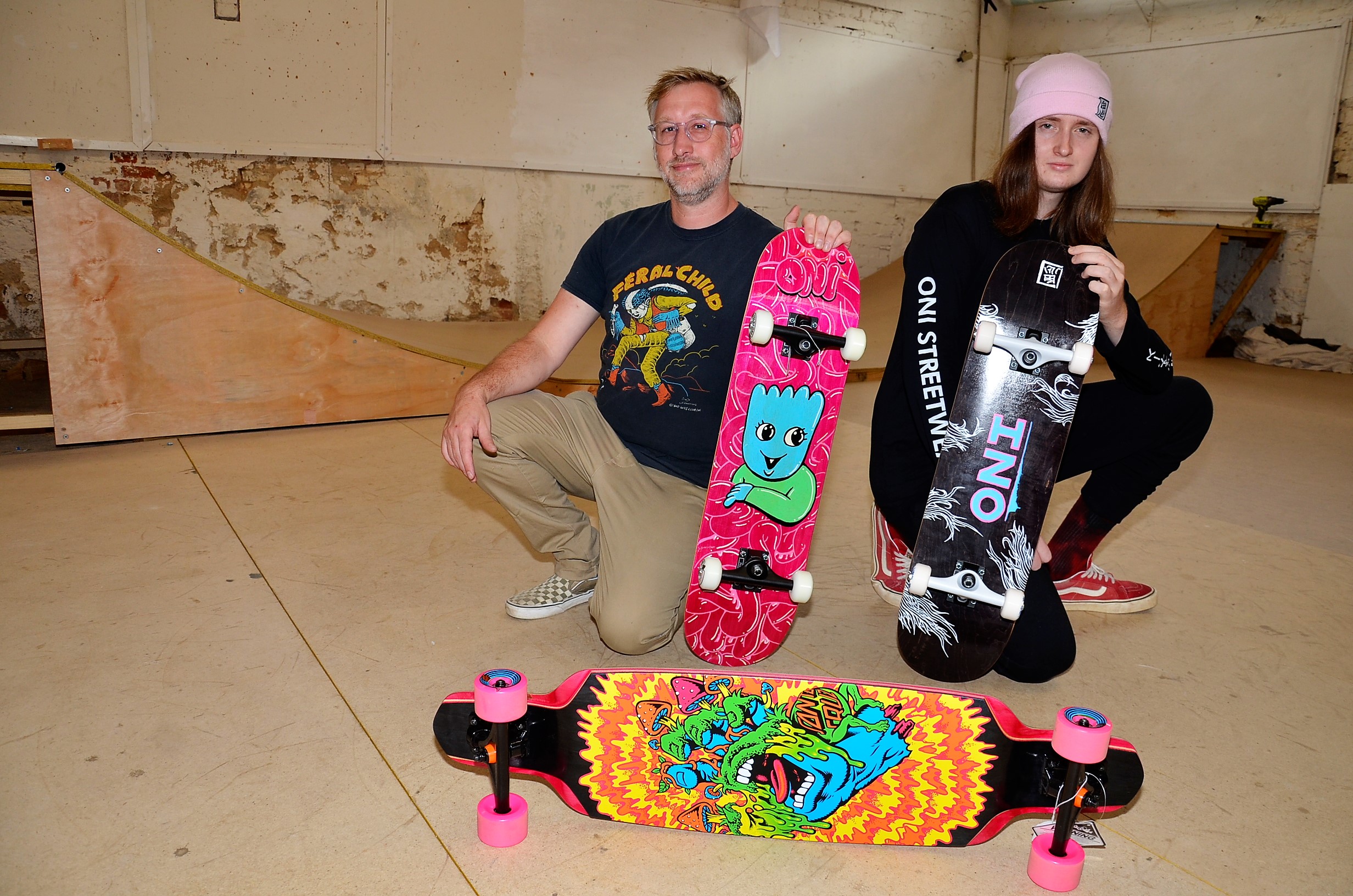 A new Castlemaine enterprise is opening up opportunities for locals to tap into their own creativity and potentially become the next big thing in design.

Being established by Josh Salmon, a fine arts, animation and programming professional, the new One Day Studios taking shape on Forest Street is set to offer a range of creative hands-on short courses for people of all ages.

But it’s particularly aimed at engaging young folk who may be in danger of slipping though the education system cracks and failing to fulfil their own potential.

The concept dovetails with the skateboarding and streetwear outlet that Salmon recently opened at the Forest Street premises, which he originally secured specifically to realise the One Day Studios plan following a model already proving successful in coastal Warrnambool.

“One Day Studios is a not-for-profit that’s operating out of Warrnambool at the moment and we’re franchising it to Castlemaine,” Salmon says.

“We’re going to run animation, illustration, programming, three-D printing, laser cutting, vacuum forming, which is like the old-fashioned Halloween masks, we can do that, as well as t-shirt workshops.

“The idea is that we can run courses led by specialists who will come in and do classes and we will keep the price down by not charging them to use the space.

“We’ll just have a bank of computers set up so that if somebody wants to set up a class they can just come in and it’s all set up for them.

“We do take a percentage of the ticket price – 20 per cent – which just goes back into keeping the lights on and keeping it going. That’s the main goal.

“So it doesn’t matter how many people turn up, they can still afford to run a class.”

The concept goes beyond offering short specialty courses with a program called Youth Takeover that’s also in the pipeline, aimed specifically at equipping teens with skills to secure work in streetwear design or to start their own enterprise in the sector.

“I was approached to run a Youth Takeover,” Josh says, explaining the concept that’s on track to start during the term two school holidays.

“That is a program where, for six weeks, we have a group of teenagers come into the shop once a week and just learning the process of designing their own clothing line and then at the end of it they take over the shop for a weekend or a week, and sell their t-shirts in the shop.

“It’s for them to learn the process from start to finish and develop some skills, and if they’re a good fit they could gain employment through it or, you never know, become the next big thing in design.”

“I leased this building for One Day Studios in particular but as soon as we got the space and put the roller door up and looked at the skate park we realised we could have a skate shop and a clothing store here and meet a need in town because there’s no other skate shop and no alternative clothing for young people,” says Salmon who’s developing the concept with his nephew Jasper Storer-Reeves.

They’ve even made an indoor boarding ramp on site, perfect for staging artistic action photo shoots.

“Also, any young artists can bring in their designs and get it put on a shirt here because we print everything in-house,” Salmon says.

“The idea behind One Day Studios is that if you spent just one day a week doing what you love then everyone could find themselves creatively fulfilled.”