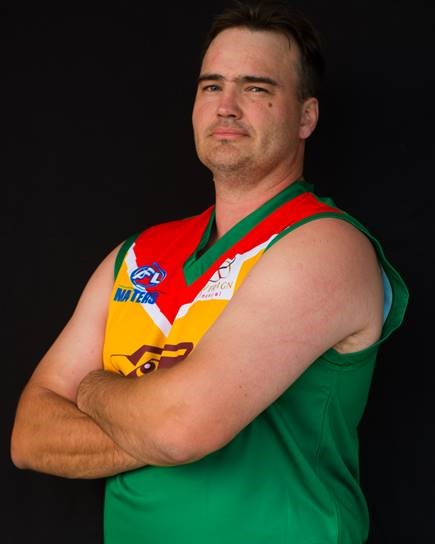 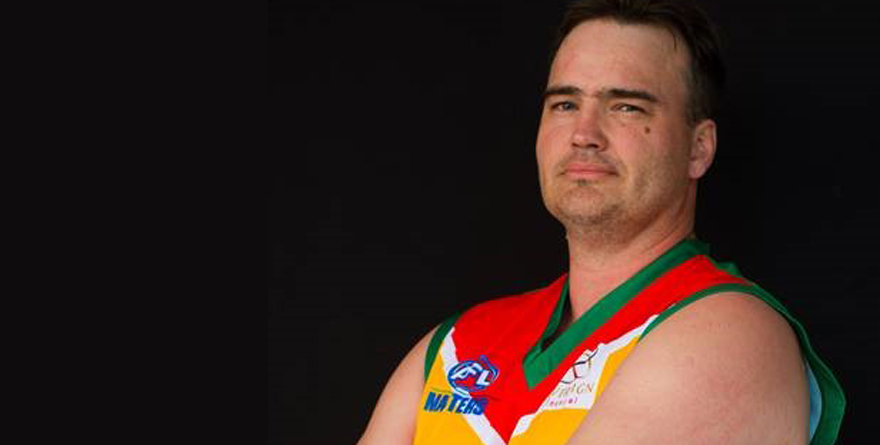 If, when he began playing junior footy for Macedon in 1981, Ray Tadd had listened to people who told him that he was “not much chop” then he wouldn’t have run out with the Woodend-Hesket Masters last Sunday afternoon through a banner congratulating him on his 500th game playing football.
Ray, who has been playing with one team or another or coaching since he got the bug in ’81, is a bloke who can’t leave a football alone – even at 47 years of age and after four knee reconstructions and one shoulder reco (okay fair enough, that last one was work-related) he loves the game. Injury nearly brought his footy career to a grinding halt, he admits, but no, when you have something in your blood, there’s no letting go…
“The appeal is the mateship, the people you met through the sport,” Ray says.
He attributes the fact that he has never been an aggressive player or bullied the opposition has led to him still having a great bunch of mates to chat to around the clubs.
Macedon is the club which seems to have taken the lion’s share of Ray’s time. He’s played in the junior ranks, later coached them, played in and coached the reserves and coached the senior side for a couple of years from 2003.
“I’d put in and got reserve grade coach,” Ray says.
“Then one month before the season started they asked me to coach the senior side. In that first season as senior coach I played in the club and was sports trainer.”
Ray said that come the second season he wanted to step aside as senior coach, but because the club didn’t want to spend money on one, Ray was at the helm for another year before it was back to coaching the reserves, the team he also played in until 2006.
Masters footy then came into his life in a major way. He went to play Masters with Sunbury. Although he reckons he has never been much of a footballer, he was selected for Vic Country Masters state squad six times.
In 2011 Trentham beckoned and he took on the role of playing coach with the Saints’ reserve side. They were practically on the eve of the grand final that year when Ray says he decided to drop himself from the grand final team.
“We wanted better players and I wasn’t one of them,” he says.
Just for the record, they won the premiership by one point.
He stayed with Trentham until 2015 but still has plenty of contact with the club because his son Xavier plays with the Saints’ Under 14 1/2 as well as on permit with Lancefield.
Several years ago Woodend-Hesket Masters was formed and Ray was offered the coaching position which he held for two years. Nowadays he just enjoys playing.
And with 500 games to his name last weekend anyone would be forgiven for asking why he claims to be no good at footy.
“I’ve got no great skills, The good lord decided not to give them to me.
“Instead, I use what I can do…handballing, shepherding…
“Just work out your abilities and use them to the maximum,” Ray advises others. “And I just try to imprint on people the enjoyment of the game.”