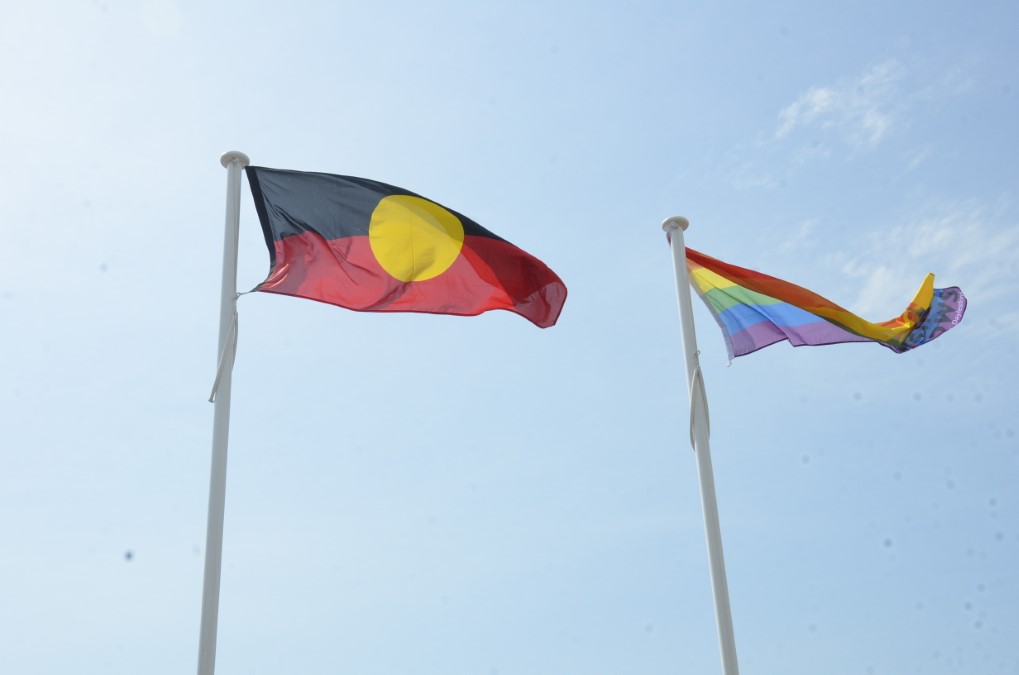 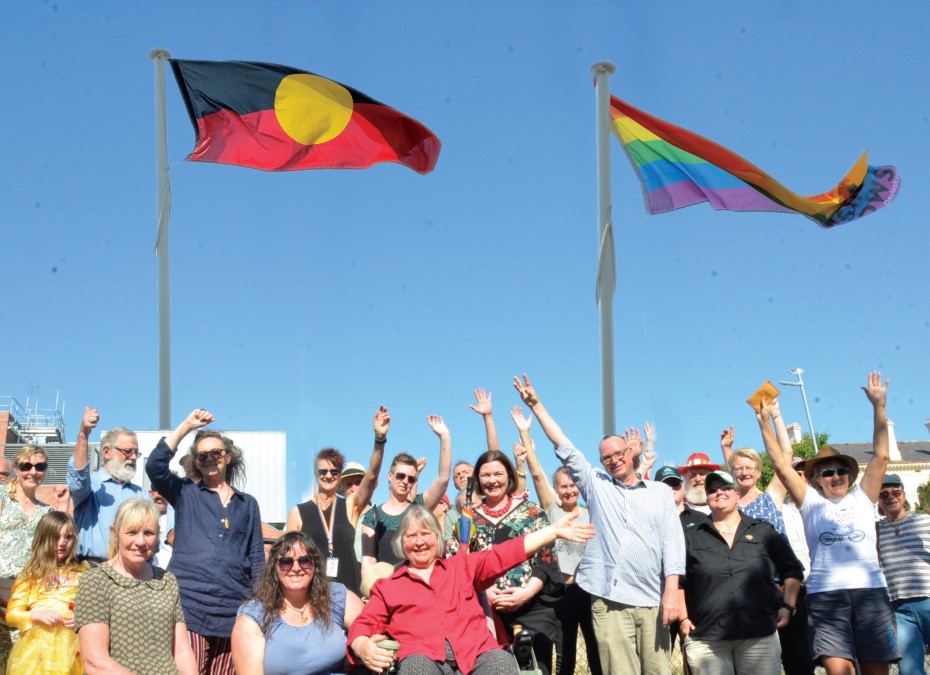 The rainbow flag and the Aboriginal flag will fly alongside Castlemaine’s Community House 365 days a year from now – following a special flag-raising ceremony held on site last Thursday.
The two new flags were hoisted with fanfare following a Welcome to Country by local indigenous elder Uncle Rick Nelson at the event attended by local dignitaries including Bendigo MP Lisa Chesters, Mount Alexander Shire CEO Darren Fuzzard, mayor Cr Bronwen Machin and Cr Max Lesser.
The occasion was a celebration for members of the local indigenous community and also the local LGBT community who were there to catch the historic flag-hoisting event.
“We’re raising these flags in celebration of diversity and of our fabulous Aboriginal people,” community house manager Martyn Shaddick said, making special acknowledgement of the fact that Chillout Daylesford Inc had donated both the rainbow flag and pole.
“These flags will fly 24 hours a day, seven days a week, 365 days year,” Mr Shaddick said.
Chillout Daylesford Inc vice-president Belinda Brain said the donation of the rainbow flag and flag pole was part of a wider initiative called the Raising the Rainbow Flag, aimed at providing the rainbow flag to fly at schools and community organisations.
“We know that about 80 per cent of bullying of LGBT students happens at school,” Ms Brain said.
“This is to show support for the LGBT community more broadly. It says to people that this is a safe space and that diversity is valued and respected here.”
The new Aboriginal flag pole had been provided courtesy of the community house with the flag provided through the office of Ms Chesters MP.
“It’s a statement that we’re working together as equals, which I think is beautiful,” said Kath Coff of the local Nalderun Aboriginal community service.
The new flags line up with those a little further along in Lloyd Street, outside the entrance to the Castlemaine Civic Centre and Cr Machin said they were a heart-warming sight.
“They’re a symbol of diversity and welcome,” Cr Machin said.
“Both of these flags are incredibly important. It will give my heart a lift to see it every time I come to council.”