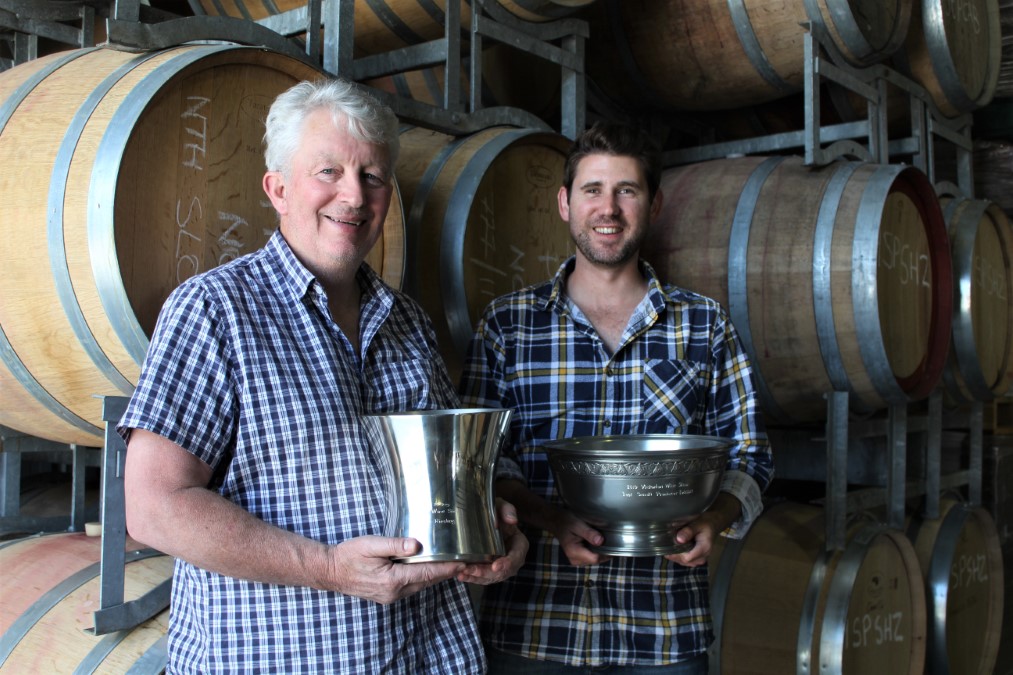 Granite Hills Winery is celebrating a double-trophy victory and nine-medal win at the Victorian Wine Show.
The Baynton winery was awarded Best Riesling in the state for its 2018 ‘1971 Block’ Riesling and was also secured the title of Best Small Producer exhibitor.
Owner and winemaker Llew Knight said the win was “reassuring that the winery is doing all the right things”.
“Last year we did a small bottling of riesling made from grapes hand picked from the very first block of riesling planted at Granite Hills in 1971. Only 390 dozen bottles were produced,” he said.
“We are a small winery with a focus on quality product. It’s all grown, made and bottled here: that’s an important characteristic of what we do.”
The 37th Victorian Wine Show’s impressive lineup of almost 770 wines were judged by some of Australia’s most respected winemakers and sommeliers, along with top international judges New Zealand’s Jim Harre and China’s Jade Li.
Judges noted Granite Hills’ “nice sulphides, waxy with a lemony even palate. Well made with very good texture and length.” Class comments included: “top wines were delicious. Fresh and varietal”.
Show director Robert Paul said Granite Hills had shown consistency in wine quality throughout the show, held at Mitchelton Winery in Nagambie.
“That is why they received the small producer trophy. They entered eight classes with various styles of wine, and were able to receive nine medals, including two gold for riesling,” he said.
The winning 2018 ‘1971 Block’ riesling is available for tasting at the cellar door, open seven days a week at 1481 Burke and Wills Track, Baynton. In 2020 the vineyard will celebrate 50 years since the first vines were planted.