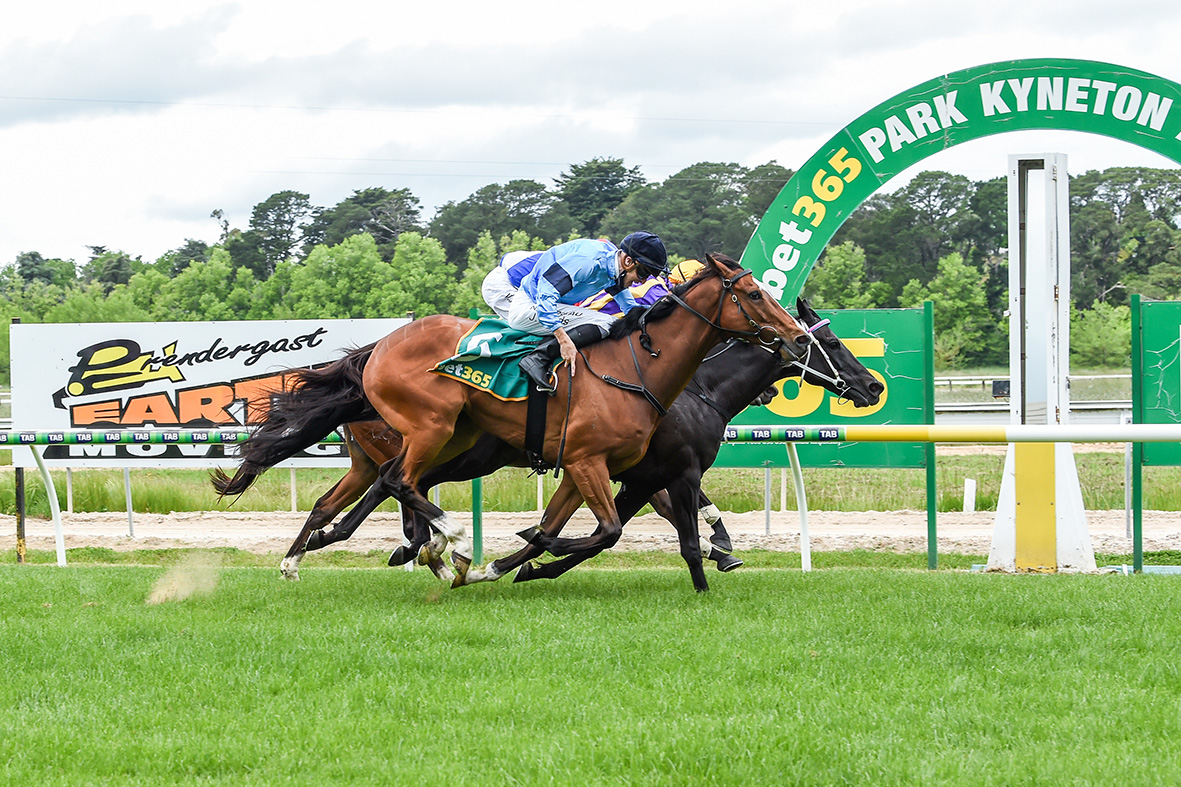 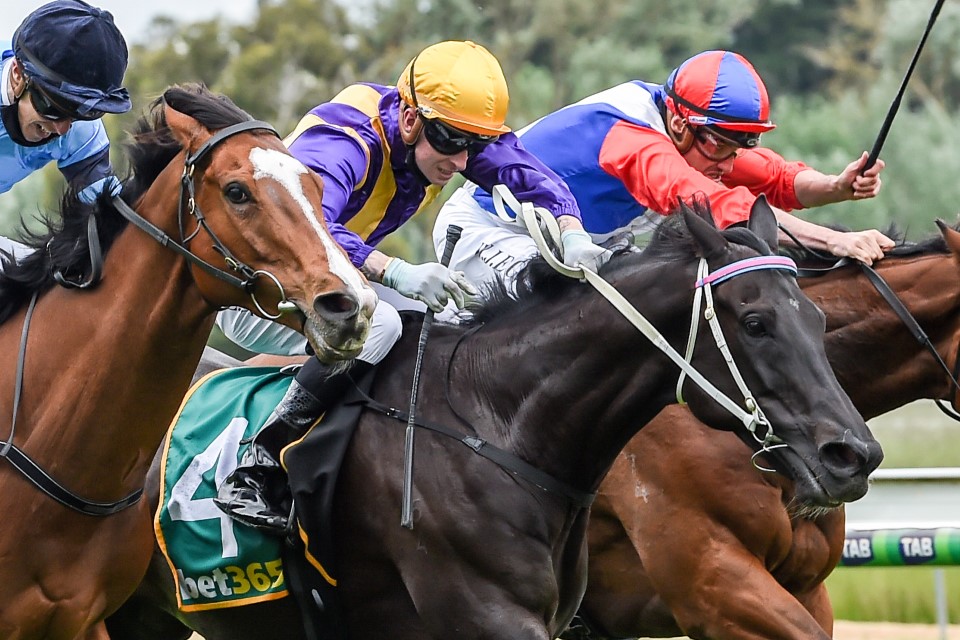 Former New Zealand galloper Mongolian Marshal, now trained in South Australia, won the 2020 bet365 Kyneton Cup in a thrilling three-way finish this afternoon.
The six-year-old’s previous victory was in the Waikato Cup nearly two years ago, and he came off a fourth placing as a rank outsider at Caulfield, not having been placed in 11 starts since coming from New Zealand earlier this year.
Trained at Morphettville by Stuart Gower, and raced by a large group of stable clients, Mongolian Marshal was ridden by Zac Spain, who has made his mark as an up and coming young rider since transferring to Victoria.
Last year’s Kyneton Cup produced a photo-finish, and this was the case again as favourite Bartholomeu Dias drew level with Mongolian Marshal (a $10 chance) in the last few metres but missed out by the narrowest of margins, with last year’s Cup runner-up Double You Tee a short neck away third.
Jordy Childs rode the runner-up, and Billy Egan the third placegetter.
It was the sixth career win for Mongolian Marshal, who was a $220,000 purchase at the Cambridge yearling sales.
New Zealander Our Big Mike, who won the Moe Cup in mid-October, set the pace after taking the lead going out of the straight in the 2000m feature event, but was under pressure approaching the home turn.
The day was devoid of spectators due to pandemic protocols, but on a good track there were several extremely close finishes.
Kyneton trainers Mick Sell and George Osborne each saddled up a winner earlier in the afternoon.
Sell’s very consistent Carlingford, ridden by Jess Philpott, scored his ninth race win, and Uptown Lola, with John Allen aboard, won for Osborne.
The next race meeting at Kyneton takes place this Friday, November 13.