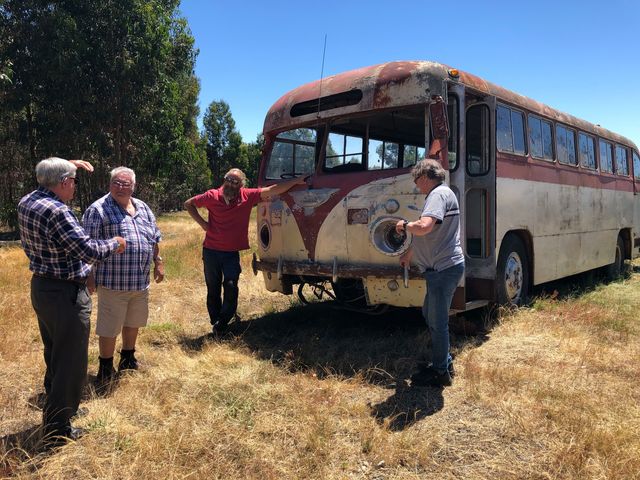 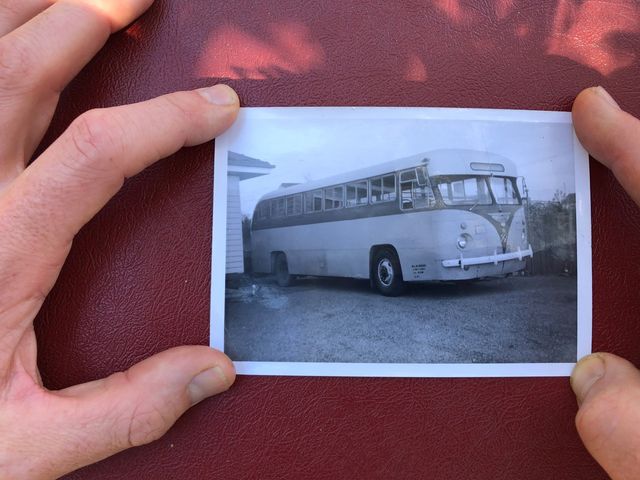 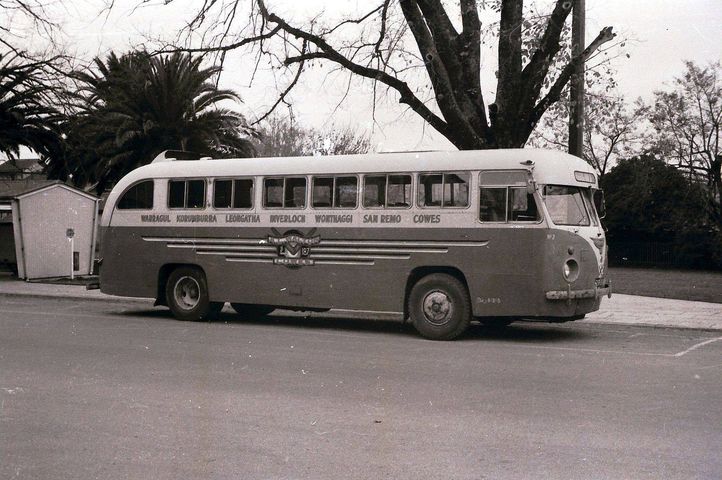 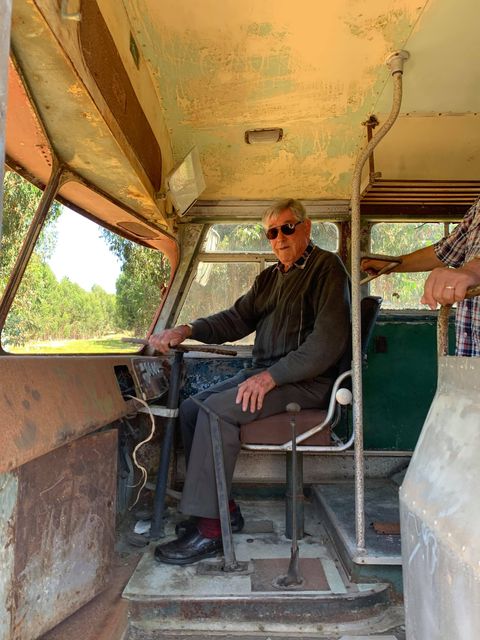 An iconic Australian bus was reunited with its original owners after it was advertised for sale on a Facebook marketplace site last month.
Kyneton resident Raina Kilner placed the ad for the vintage Ansair bus when she decided she was never going to get around to restoring it.
She purchased it on a whim three years ago, having gone to Pipers Creek to buy a $5 ladder she had seen on Kyneton Buy Swap Sell.
“I immediately noticed an incredible old bus that the guy had there,” she said.
“I had never seen anything quite like it, with its curvy shape.
“I asked him to tell me about it and, long story short, he waxed lyrical about it and then told me it was for sale as he was selling up and moving to Greece.
“So I bought it!”
Ansair buses were made in the 1950s by Ansett airlines as part of their transport network. The bodywork of these buses used the same construction as for planes at the time. It was riveted aluminium (like the US Airstreams).
The Transett was the smaller brother to the Flxible Clipper buses, which are also very rare these days.
Raina had planned to do the bus up and use it for accommodation on her farm in Kyneton.
“Life took over and more pressing projects took priority,” she said.
“About six weeks ago, I decided to sell it on. I really didn’t want it to sit around further deteriorating until I maybe one day had the time to do something with it – I loved it too much!”
In worn hand-painted lettering on the side of the bus read a name, address and phone number, so Raina decided to put that information in the ad.
There was a lot of interest in the bus and it sold the next day to a man from Woodend. Not long after, Raina got a message from a woman who turned out to be the daughter of an earlier owner, which read:
‘Hi. This was my family’s bus! I’ve been looking for it for years! My mum and dad – Mervyn Charles and Maree Sherlock – had three buses and Dad got them painted this colour. The Ansair was originally blue and came from Cowes, Philip Island. Please call me – I’d love it if the folks could see it. They’re 85 now!’
Raina said Mervyn came out to see the bus and brought with him Peter, whose family were the original owners.
“Peter sat in the driver’s seat, which he had not done since he was 16 years old when he last drove it,” she said.
“His family invested £5000 in 1951 to buy the Ansair, which was a sum that would buy you a house in those days. “The bus stayed with them for a few decades doing three different routes until eventually it was sold to Mervyn.
“Peter also brought his cousin Roy out, whose family also owned three Ansair Transetts.
“He had amazing old photos to share and remarkably the original maintenance folder that he gifted to the new owners, who I also invited along.
“Needless to say, they were thrilled with such a rare piece of memorabilia.”
Raina said the reunion had been an amazing day and she felt good about this serendipitous moment.
“The new owners are thrilled and inspired and I can’t wait to see what they do with the Ansair,” she said.
“I didn’t get to restore this bus but I feel my part in her history was the bringing together of the past and the present and a bit of joy in this crazy year.” 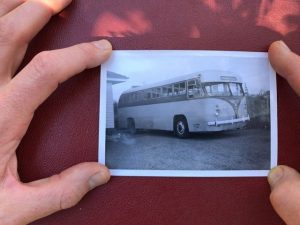 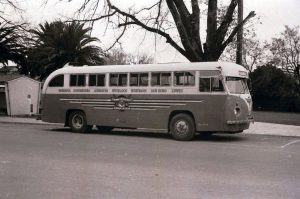 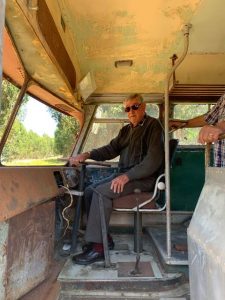