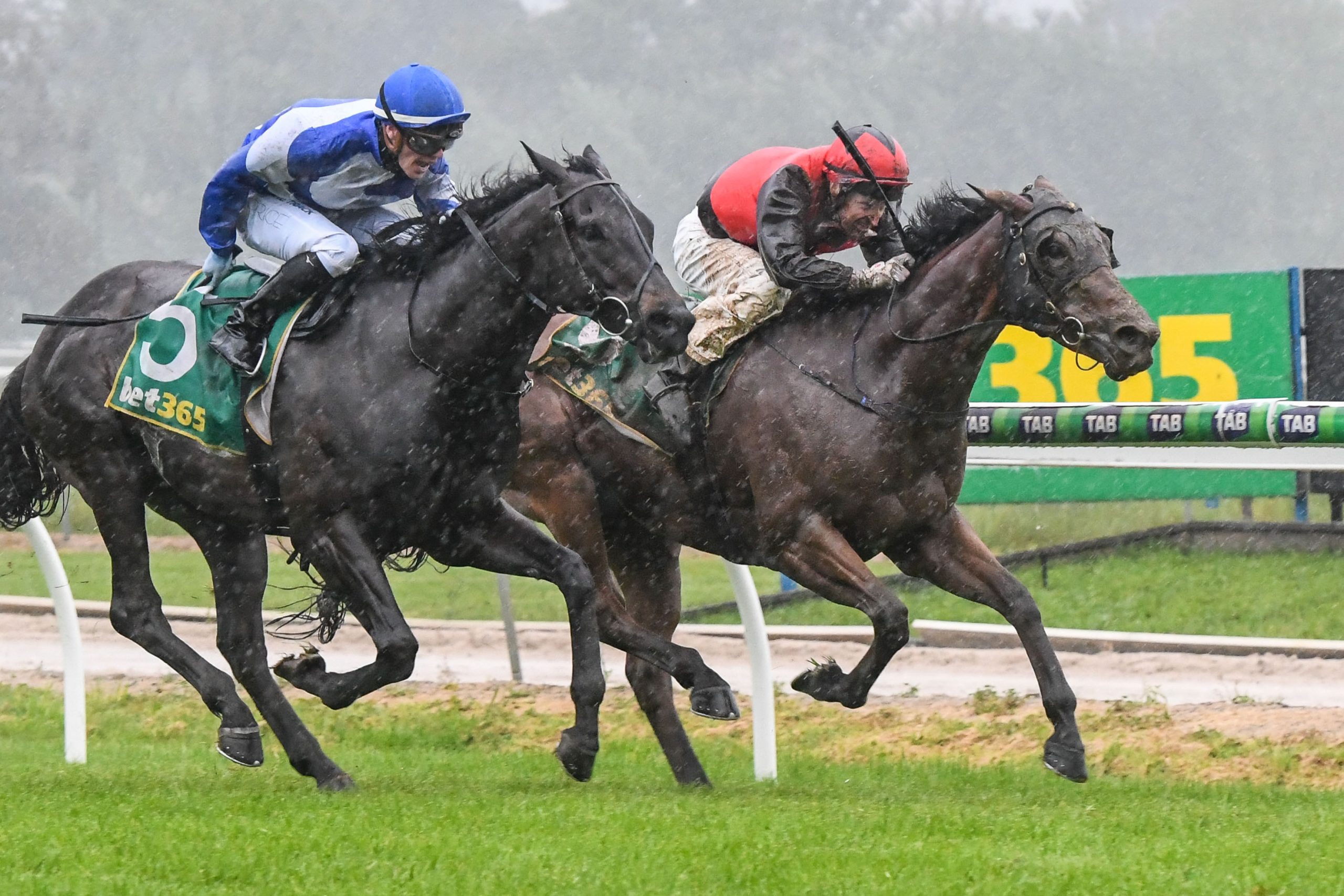 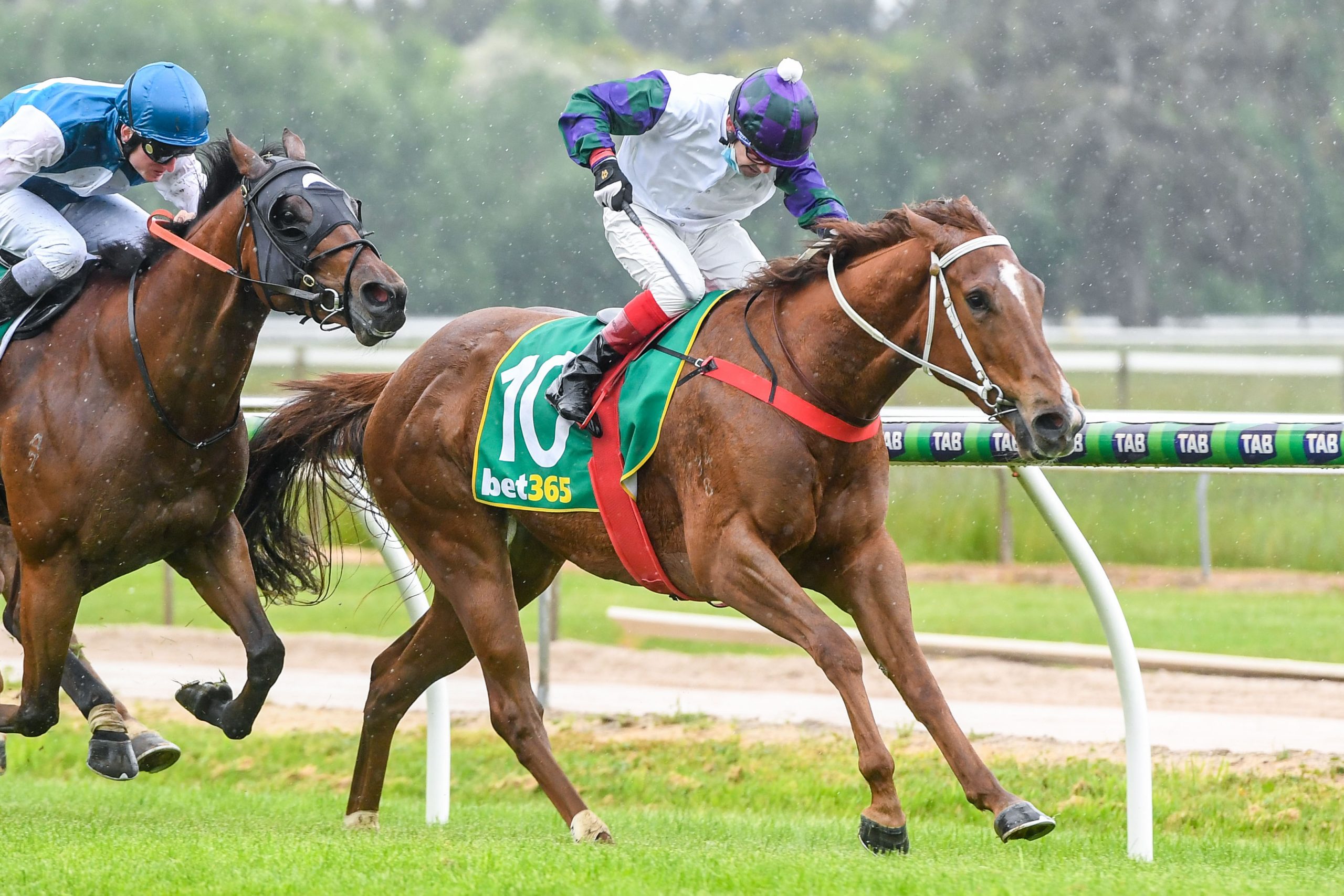 Run in pouring rain with a depleted field, Cranbourne-trained mare Indiana Lilly got up in the last couple of strides to edge out Silent Command in the 2021 bet365 Kyneton Cup last Wednesday.

A masterly ride by experienced jockey Craig Newitt made the difference between winning and losing, as Indiana Lilly ($7 chance) did not go around a runner.

Newitt returned to scale mud splattered but happy to win the Kyneton and Hanging Rock Racing Club’s feature event of the year.

Trainer Shea Eden is having a good run at present.

This year’s Kyneton Cup meeting was a no-spectators event due to the impact of COVID, and with the way the weather turned out late in the afternoon, many were probably glad they could not go.

Certainly not a day for Fashions on the Field!

The nine-event program began in fine conditions, but there were ominous signs as rain clouds began to form in the west.

Mid-afternoon race club general manager Jon Dight admitted he was nervous about the prospect of heavy rain arriving, and with a flood of late scratchings as the track deteriorated, course commentator Rick McIntosh quipped: “You need a submarine, not a sub”.

By the time the Cup was to be run, the track had been downgraded to a heavy 10 status, but still safe for racing. The field was reduced to seven runners with late scratchings.

Jockeys’ opinions differed on whether they should race very wide, or stick to the inside.

Outsider Silent Command made a brave bid to lead throughout in the Cup, being rated well by Will Price, and another outsider in Converging finished well back in third place.

Noted heavy trackers Irish Flame and Dark Dream were the top two in the market, but finished a long way back.

With heavy rain continuing to fall and surface water apparent, five horses left the mounting yard for the final event, but soon returned, with the race abandoned due to visibility issues.

Trainer George Osborne often bobs up with a winner or two on his home track, and such was the case again when Coeur De Paris ($12) led throughout at her second start to win the Cams Security Maiden Plate early in the day.

Having her second race start, the three-year-old filly was very quick out of the barrier with David Yendall aboard, and hung on to win narrowly.

Osborne-trained gallopers Hallowed Ground, on debut, and Revhead finished third and second in their respective events.

The next race meeting scheduled for Kyneton is on this Friday, November 12.

The club is now taking books for its popular Christmas Party meetings.