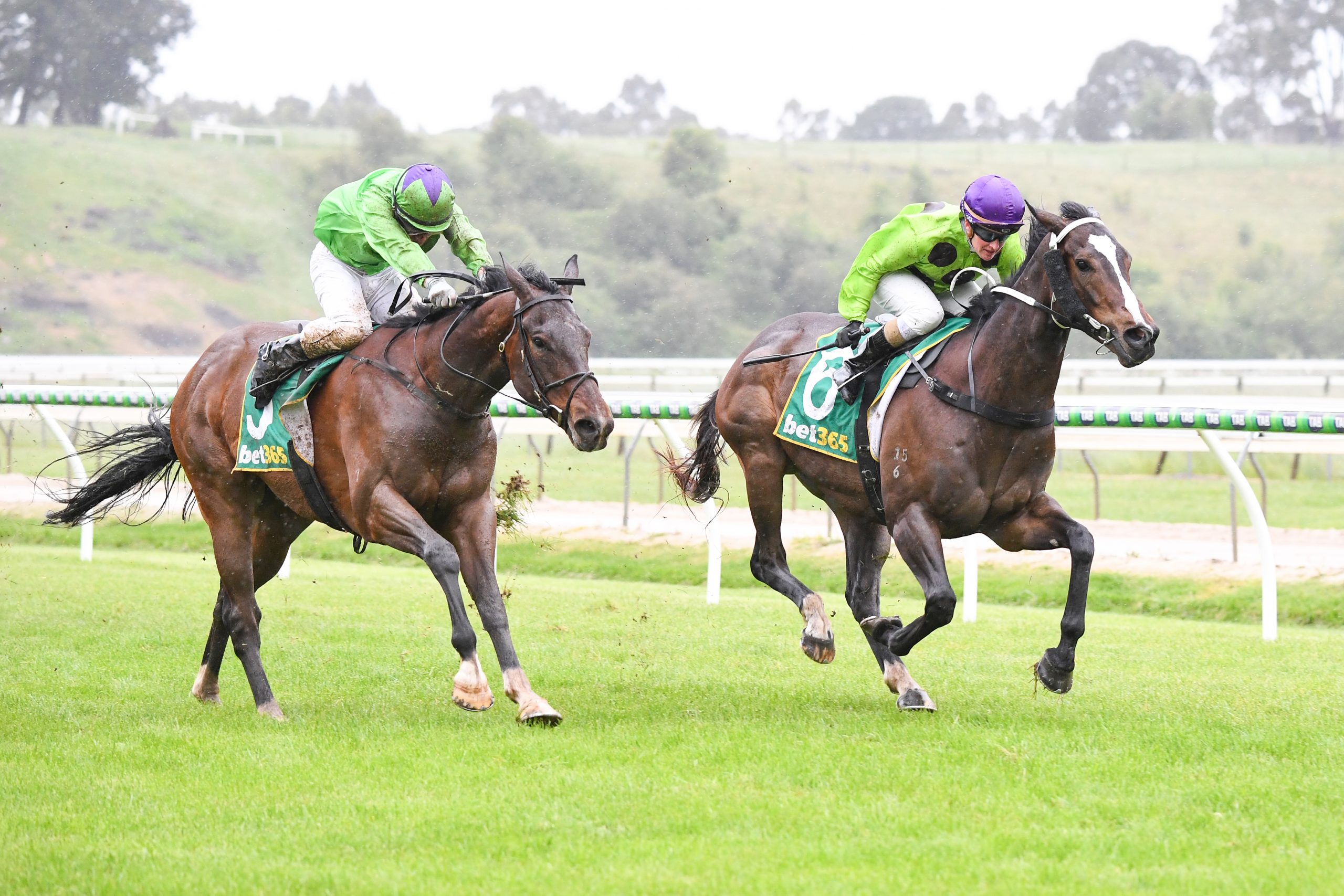 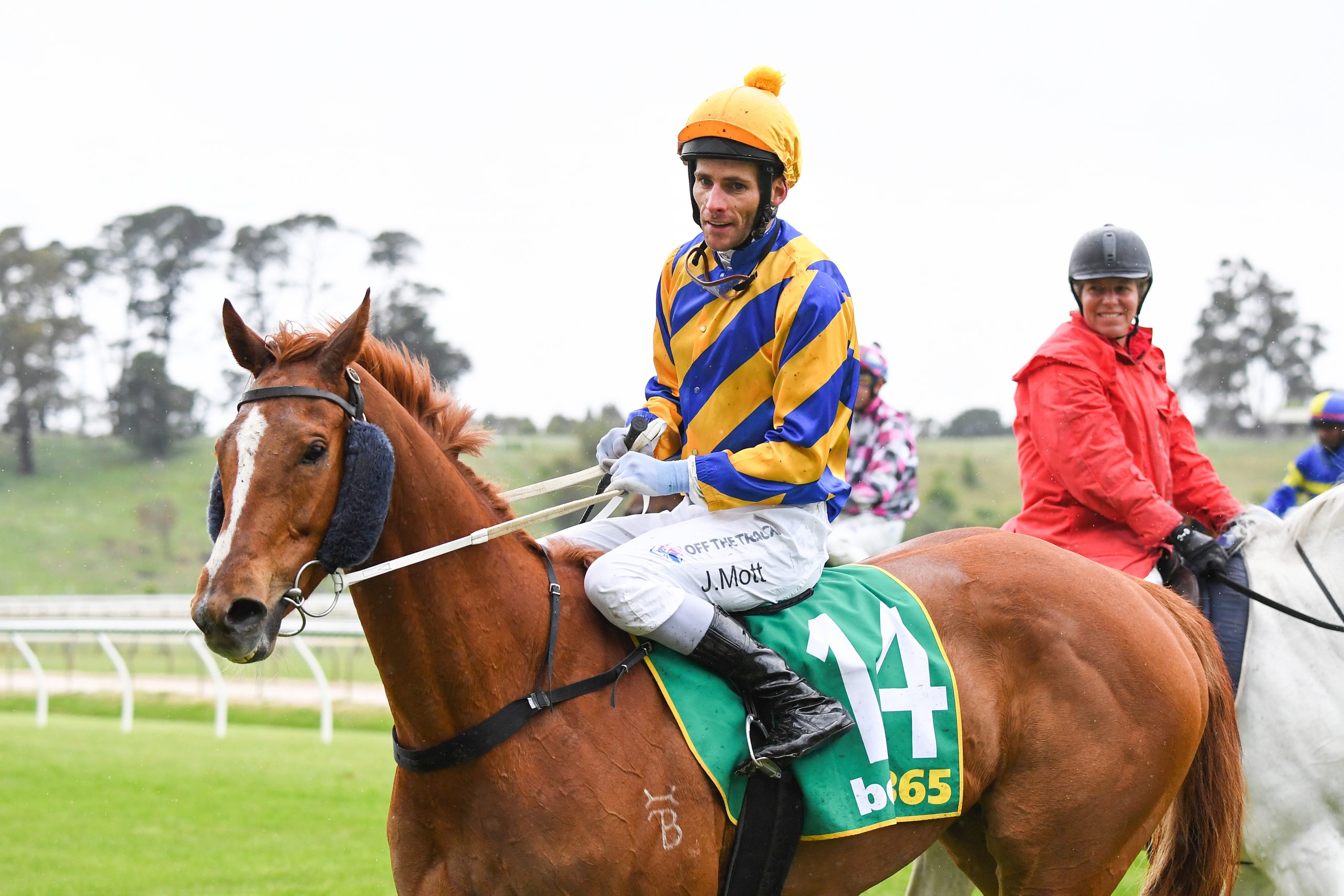 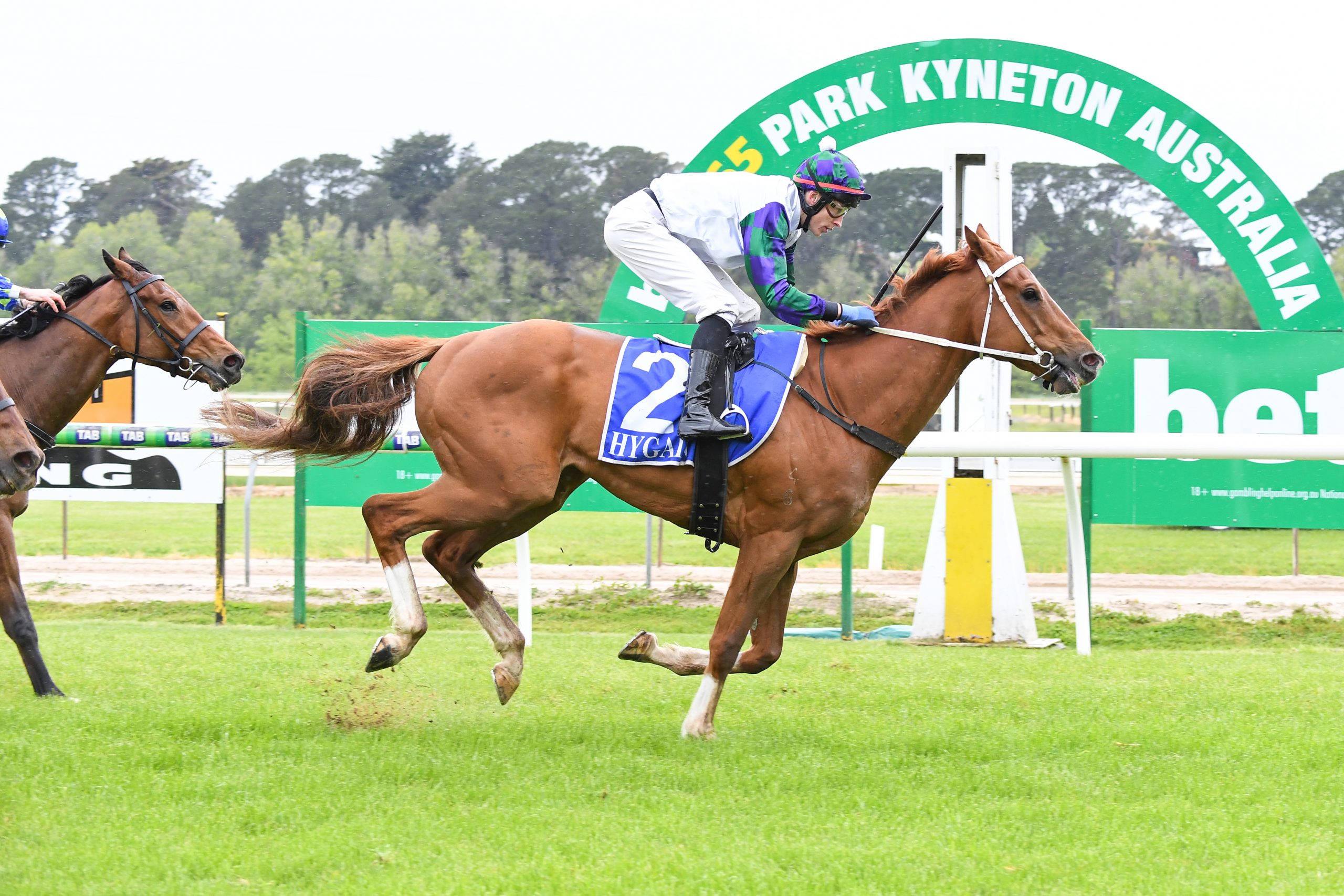 Spectators were finally allowed back at a Kyneton race meeting on Friday, where local trainers chalked up two winners and multiple placings on the eight event program.

Once again less than ideal weather prevailed, with rain of varying intensity and a track becoming heavier as the day progressed.
There was a mixture of both long and short priced winners, with some jockeys continually looking for the best ground to give their mounts every chance.

Friday’s meeting came just nine days after Kyneton Cup Day, when the $125,000 Cup was run then the meeting called off due to heavy rain and poor visibility.

The two Kyneton-trained winners came in successive races, and both started as short priced favourites to break their maiden status.

George Osborne’s Golden Banner had run fourth on Cup Day at Kyneton, and ridden by Will Gordon, was always in a prime position in the 1469m event.

The five-year-old with very distinctive flashy white socks was described as “a work in progress” by Osborne.

A paddock injury as a young horse set him back about 12 months and he had finished in the top four six times before Friday’s success.

Given the stable name of ‘Eric’, Golden Banner is a horse with plenty of character and vindicated his $2.40 starting price.

In the following event, over 1875m, the Neil Dyer trained Svaneke was a $2.20 favourite after recent placings at Avoca and Wycheproof.

“She’s a game little mare,” Dyer said after watching the five-year-old he races in partnership with Debbie Kroger win narrowly after jockey Jamie Mott had ridden a confident race.

“Race fitness was on her side,” Dyer said.

Mott said Svaneke appreciated the heavy ground and could possibly win again in similar conditions, though she had only raced against “a modest bunch”.

Maldon co-trainers Brian and Ashley McKnight took out the final race on the program with Logo Logic, a $5 chance.

Taken to the front at the 400m mark by Christine Puls in the Team Staffing Solutions BM58 Handicap, the five-year-old held on to narrowly hold off local galloper Chich’s Spirit.

Logo Logic is raced by the McKnights, and this was his second win from 14 starts.

Footnote: The biggest turf meeting of the year for Kilmore Racing Club takes place this Sunday, featuring the $150,000 Kilmore Cup, over 1600m.