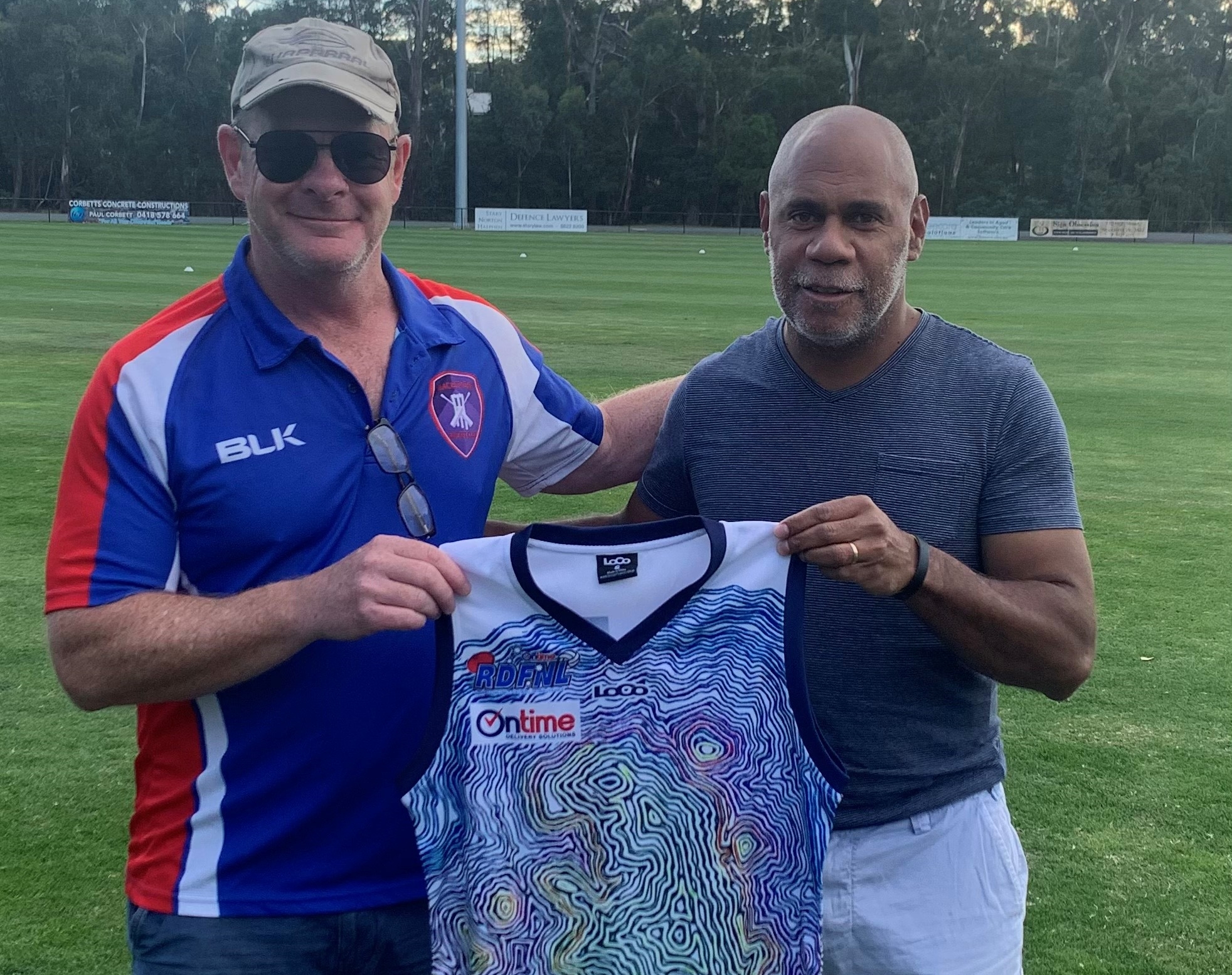 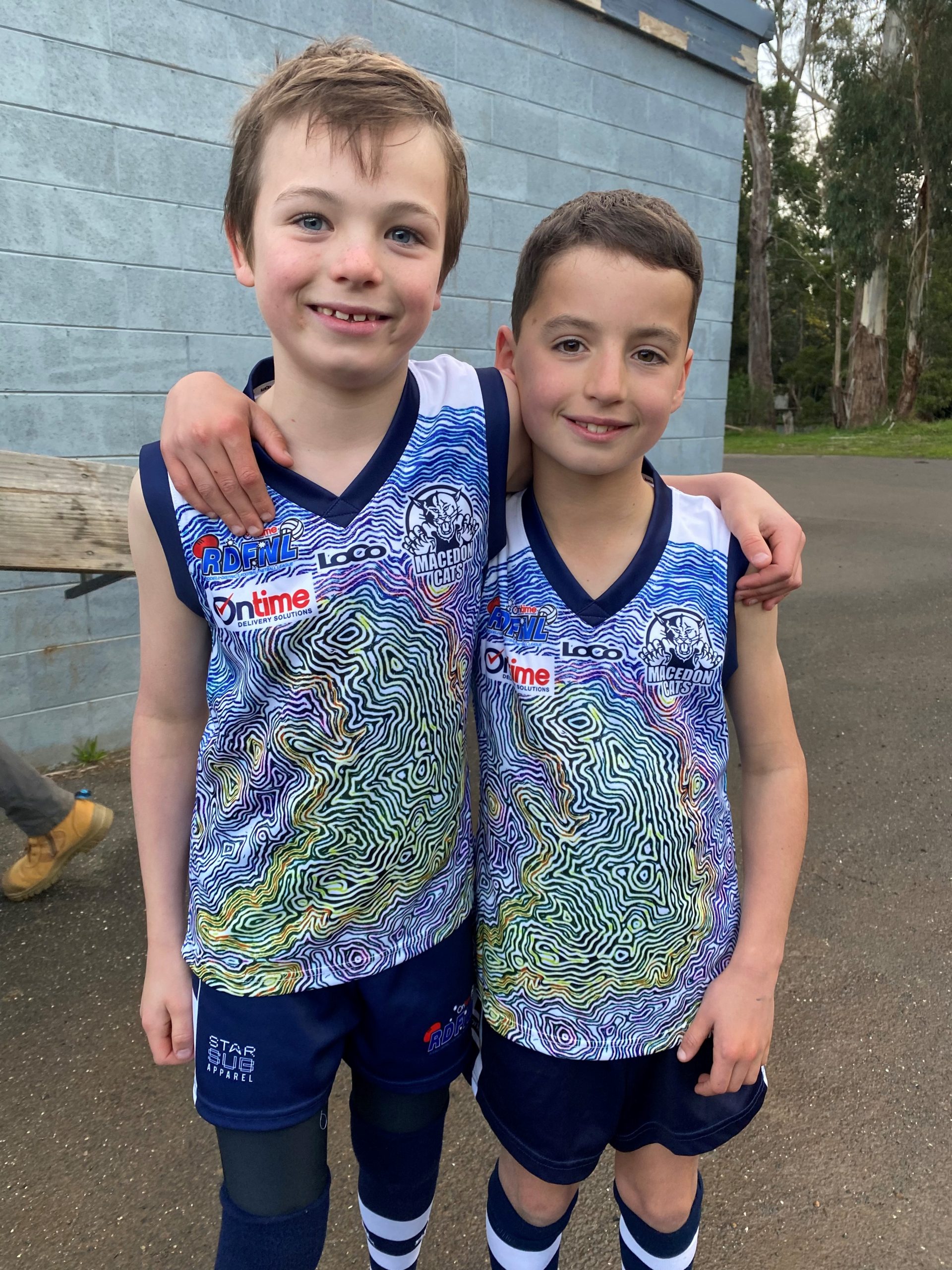 Two years in the planning and thwarted by COVID in 2021, the round is the club’s opportunity to celebrate and acknowledge Indigenous culture, heritage and contribution in the Macedon Ranges.

A subcommittee of the club has worked on the concept for several years and MJFC is honoured to be the first club in the Riddell District Football Netball League to introduce an Indigenous Round.

Each of the MJFC’s 10 teams (including two junior girls teams and eight boys teams) will play at their home ground at Tony Clarke Reserve across Friday night and Sunday, proudly wearing an Indigenous jersey unique to the club.

The jersey was designed by Aboriginal artist Nathan Leitch, a Quandamooka Man from North Stradbroke Island in Queensland with strong ties to Victoria having grown up in western Victoria on Gunditjmara Country.

The colourful design features the local geography and topography of the Macedon Ranges.

“As a club we are really proud of our Indigenous players and are grateful to play each week on one of the most the picturesque grounds in Victoria, Tony Clarke Reserve, at the base of Mount Macedon and on Wurundjeri Woi Wurrung Country,” MJFC president Ashley Cook said.

“We see this special round as a chance to educate our club about Indigenous culture right through from our U9s to U18s players, as well as parents, friends, families, and even touching the broader community.”

On Sunday morning at 11.30am there will be a ceremony at Tony Clarke Reserve to highlight the significance of the round, which will be opened with an Acknowledgement of Country by Linc Yow Yeh, U17s coach and proud Goreng Goreng/Bayali South Sea Island Man, with strong ties to Turrabul/Jagera and Darumbal Country.

“The Sir Doug Nicholls Round is a wonderful acknowledgment and recognition of his work, but the work of many Indigenous players, families and people involved with AFL and Australian Rules Football,” Linc said.

“It also is great recognition to linking of Aussie Rules back to the traditional Aboriginal sport of Marngrook!

“Macedon Junior Football Club shows its support, recognition, and pride by unveiling brother Nathan’s wonderful design on the jumpers, and I know my boys and family are keen to adorn it, strongly supported by the club, players, supporters and families.”

MJFC has committed to celebrating Indigenous Round on an annual basis as a platform to acknowledge the contribution of Aboriginal players to AFL across all levels, promote awareness of local Indigenous culture and heritage, and provide a platform to educate the local junior football community.