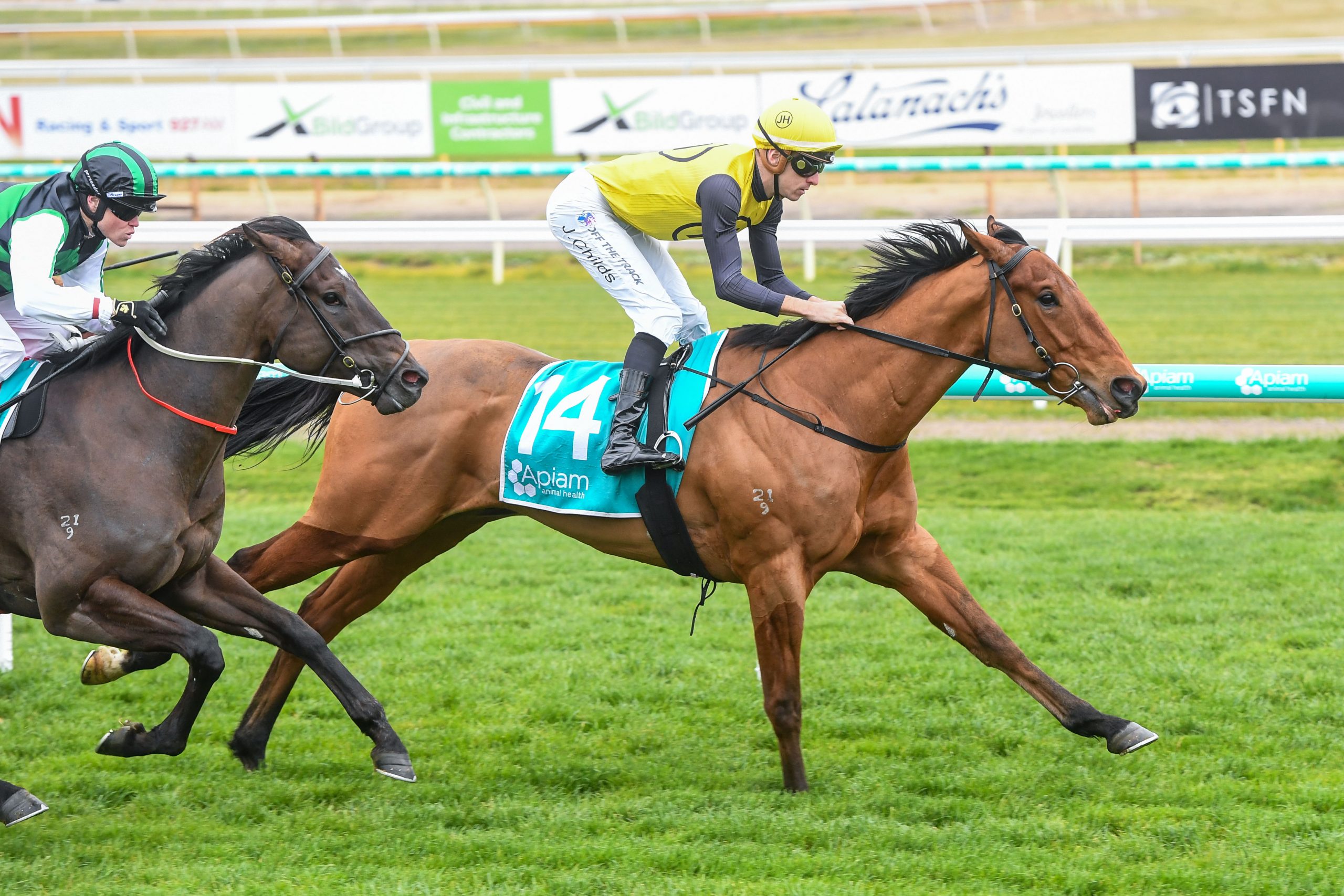 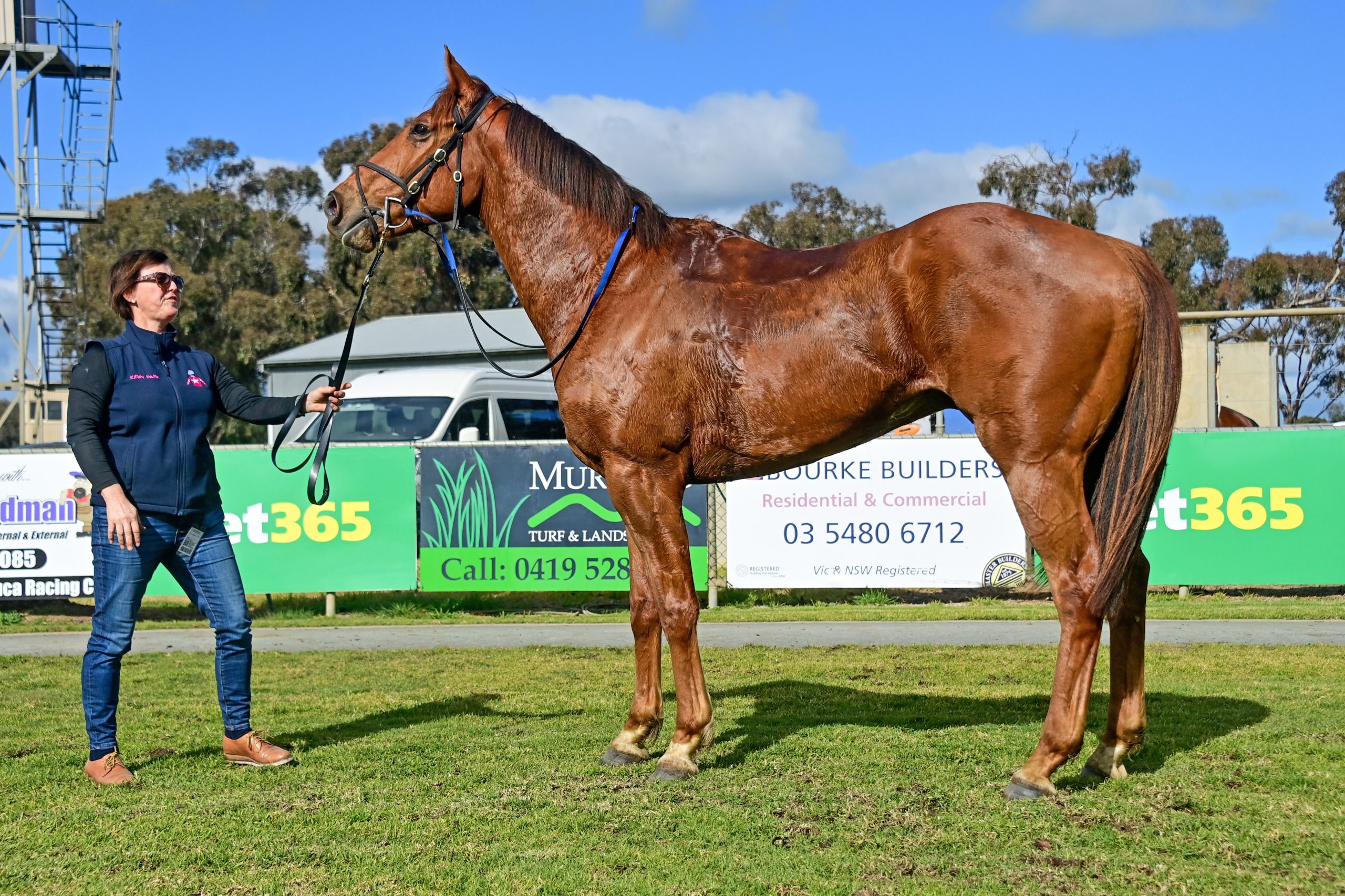 With horses’ birthdays today, gallopers trained at Kyneton and Tylden got in and notched up their first wins just days earlier.

Perhaps they were looking for even extra attention on their birthday from their delighted trainers and connections!

Kyneton’s Marita Lawson does not have a large stable, and her career record shows 15 winners spread across some years.

At Echuca on Friday, Lawson saddled up four-year-old gelding Hoff To See as the $2.80 favourite after an impressive but unlucky third at Bendigo on July 14.

Having just his fourth career start, the four-year-old (now five) gelding settled back in the field in the $35,000 Border Inn Hotel Maiden Plate over 1200m.

Regular jockey Neil Farley said after the race he had been confident of winning, and Hoff To See finished strongly to overhaul Gobbo’s Mate virtually right on the line.

Lawson was pleased with the winning effort, and Hoff To See looks like he may handle a longer distance.

Winners continue to flow from the Hirsch Park racing complex at Tylden, the latest being two-year-old (now three) Sir Juggernaut on Sunday.

Trained by John Salanitri, Sir Juggernaut ($3.20) was kept safe as a result of his third on debut at long odds at Geelong back on January 14.
Sir Juggernaut lined up for his second race start in a Maiden Plate over 1100m, with Jordan Childs in the saddle.

Well positioned in the run, Sir Juggernaut finished up winning narrowly but well from Demon Award.