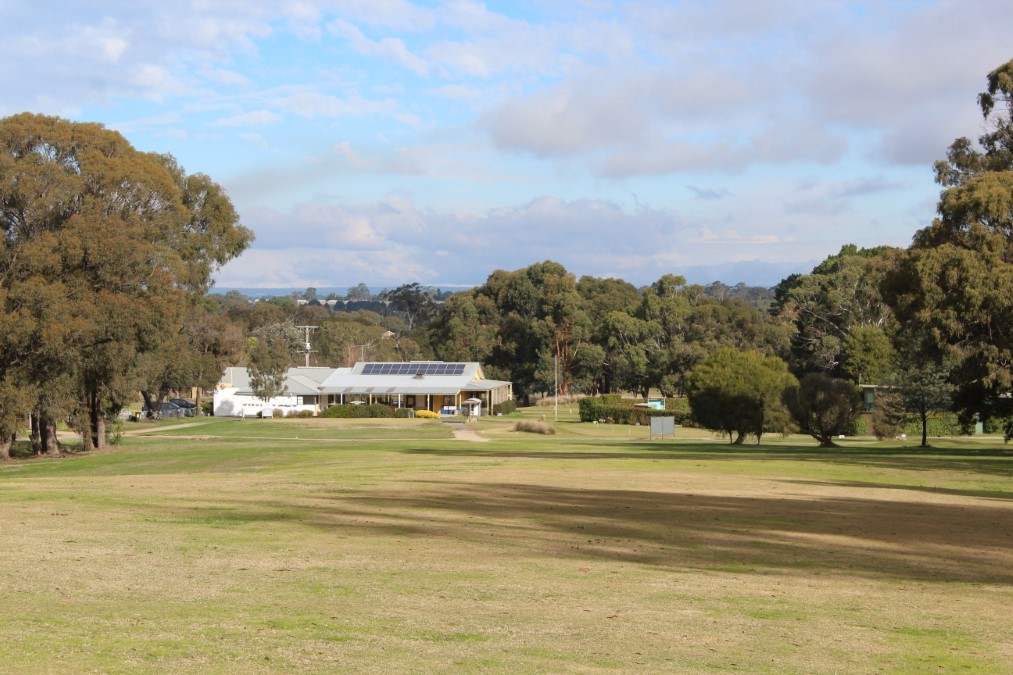 Financial strain and declining membership has pressured Kyneton Golf Club to carve up part of its land in a deal with Queensland retirement village developer GemLife.
The proposal is for a retirement village on about 20 acres of land including the 17th and 18th holes of the Vern Morcum designed course.
Club secretary Jenny Kerr said the decision to progress the proposal was almost unanimous in a members meeting on Saturday, with foresight to secure the future of the club that has withstood more than 100 years.
“We will release some land to GemLife in exchange for improved infrastructure and improved bowls greens and golf course,” Ms Kerr said.
“There are some drafts that we’ve viewed but they are still to be finalised. There’s still a lot of community consultation that needs to occur before plans even progress to the council.”
Conversations with GemLife began about one year ago with public discussions more recently giving way to some push-back from local residents.
One objector stated that “selling chunks of the golf course to ugly development is both lazy and irresponsible” but club members like Barry Murphy said the move would help to secure the future of the club.
“The committee is quite rightly exploring opportunities. The alternative is to do nothing and later discover the club can’t pay its bills,” he said.
“For 30 years the council has refused to allow the building of dwellings on lifestyle blocks, so it should come as no surprise that lifestyle facilities like golf clubs struggle to remain viable,” he said.
The golf club has 150 members, down from 400 members several years ago, and is competing with rising costs to maintain the grounds and facilities.
“Most regional golf clubs are finding it more difficult with membership,” Ms Kerr said.
“Lifestyle changes and other factors have seen golf clubs declining as far as membership is concerned.”
Golf Australia’s 2017 national golf club participation report (most recent) revealed Victorian regional areas recorded an overall membership decline of 1.8 per cent over the year. For the Central region, incorporating Macedon Ranges, there was an overall decline of five per cent.
“It’s not just about falling membership it’s also about rising costs,” Ms Kerr said.
“We have some debt but we also have huge assets and we’re able to pay our way at the moment but it’s about looking into the future at this point.”
The club is looking at ways to boost membership and participation. It supports Golf Australia’s Vision 2025 aims to encourage female involvement and female in leadership roles.
It is also seeking to develop junior and senior programs, and encourage a range of social activities around the club, in addition to the traditional 18-hole competitions.
The golf course is expected to be reconfigured but will maintain much of the original style and its par 70 status that members have enjoyed for decades.