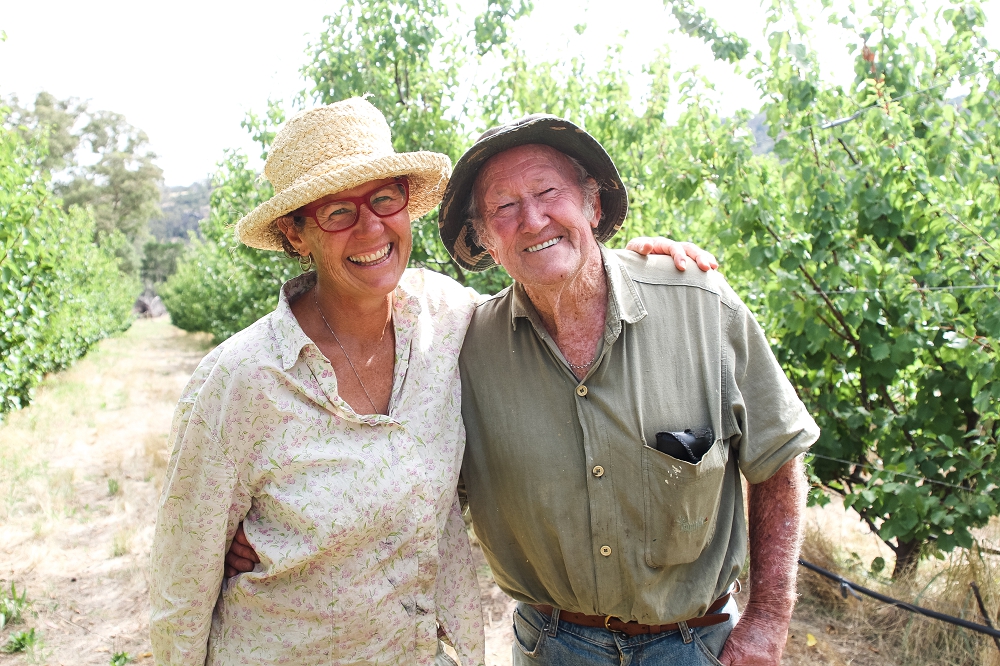 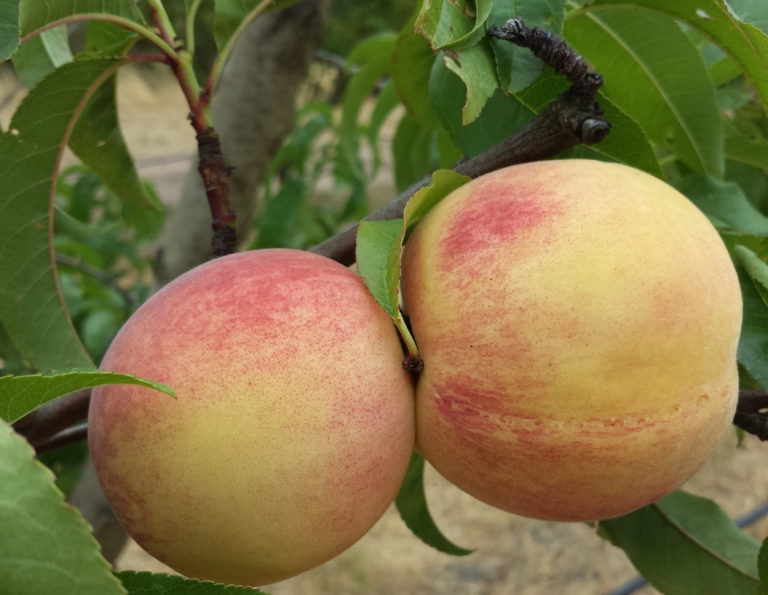 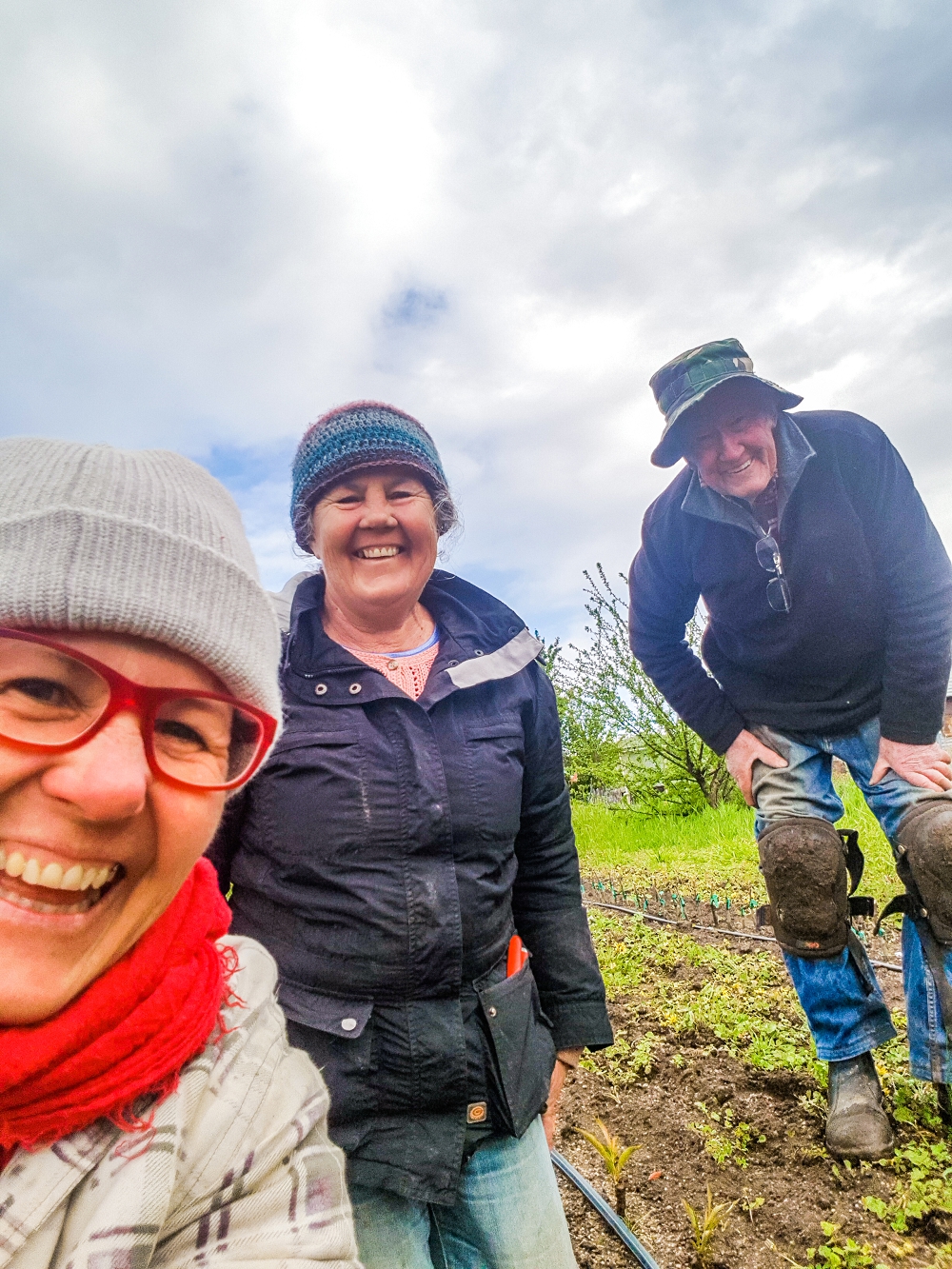 Harcourt has always been known as the ‘apple centre of Victoria’ but in recent years some of its heritage apple varieties have almost disappeared.
One family of long-time Harcourt orchardists is trying to do its bit to save these heritage gems by making them available to the wider community.

Carr’s Organic Fruit Tree Nursery co-owner Katie Finlay said that if we seriously wanted to save some of the heritage apple varieties that had almost disappeared, we urgently needed to get them into people’s backyards.
“Some of the older varieties are becoming so rare that most people haven’t heard of them. They only really exist in collections here and there, and that’s a tragedy,” she said.

Carr’s Nursery is a family business run by Katie, her sister Liz Carr, and their dad Merv, a nurseryman and orchardist with more than 60 years’ experience. The nursery, which is a member of the Harcourt Organic Farming Co-op, has been building its collection of heritage and hard-to-find fruit tree varieties.
This year it is able to offer 170 fruit tree varieties for sale, including more than 40 varieties of apple.

Katie explained why the nursery specialised in the older varieties.
“It’s not good enough just to have these varieties hidden away in a collection somewhere – that’s like keeping them in a museum. If we really want to keep these varieties alive they need to be grown in people’s backyards, eaten, shared, talked about and loved,” she said.

Carr’s Nursery also stocks many popular fruit varieties, but Katie said there were other reasons the nursery focused on older varieties.
“Most modern varieties coming onto the market are patented, which means they’re not available for micro-nurseries like ours to grow until they come into the public domain, which can take 20 years or more.
“But even if we could get the new varieties, we’d still stick with the heritage ones. Someone needs to stick up for them, remember them, and try to get them into backyards or they’ll disappear completely. That would be terrible, because they’re an important part of the fruit-growing heritage that gives this district its food identity,” she said.

Heritage varieties are usually old varieties that have gone out of fashion, or been superseded by newer varieties. This is often because they don’t have the right characteristics to suit modern food growing and transport systems.
“But just because heritage varieties don’t fit these criteria doesn’t mean they’re not great fruit!,” Katie said.
“It’s just that they suit backyards better than the sort of mass-produced, large-scale fruit production that fills supermarket shelves.

“Fragar peaches are a great example. They’re stunning, huge, white-fleshed peaches. They have a delicious flavour that’s much more complex than a typical modern peach with more depth on your palate. Unlike modern varieties, which tend to be more uniform in colour, these beauties have a gorgeous pale pink blush over a creamy yellow background – divine to look at, but they show every bruise.

“They’re also quite thin-skinned with soft, juicy flesh, but they do bruise quite easily, particularly when they’ve been tree-ripened, which is definitely the best way to eat them.
“They’re the perfect peach for a backyard – but not to put on a truck and send hundreds of kilometres. It’s almost impossible to buy them these days, which is such a pity, because they’re really amazing peaches.”

As our food systems get bigger and more industrialised, they also get simpler, and the number of different types and varieties of fruit, vegetables and even meat that we eat in our modern diets has dramatically declined in recent years.
According to renowned soil scientist Dr Christine Jones, modern fruit and veg have also become less nutritious due to soil depletion and this, coupled with the simplification of our diets, is impacting our health.

So, what’s the solution? According to Katie, grow your own organic heritage fruit, obviously!
“Let us tempt you to include an apple tree in your garden that you’ve never heard of, like Calville Blanc d’Hiver, first grown in France in the 1600s, Bess Pool, which was discovered in the woods in Nottinghamshire in 1824, or Menagerie apples, which were bred in France in the 1700s,” she said.

Carr’s Nursery is currently selling these hard-to-find varieties until June 30 via the Open Food Network openfoodnetwork.org.au/carrs-organic-fruit-tree-nursery/shop#/home. Pre-ordered trees can be picked up at the nursery open days in early July.