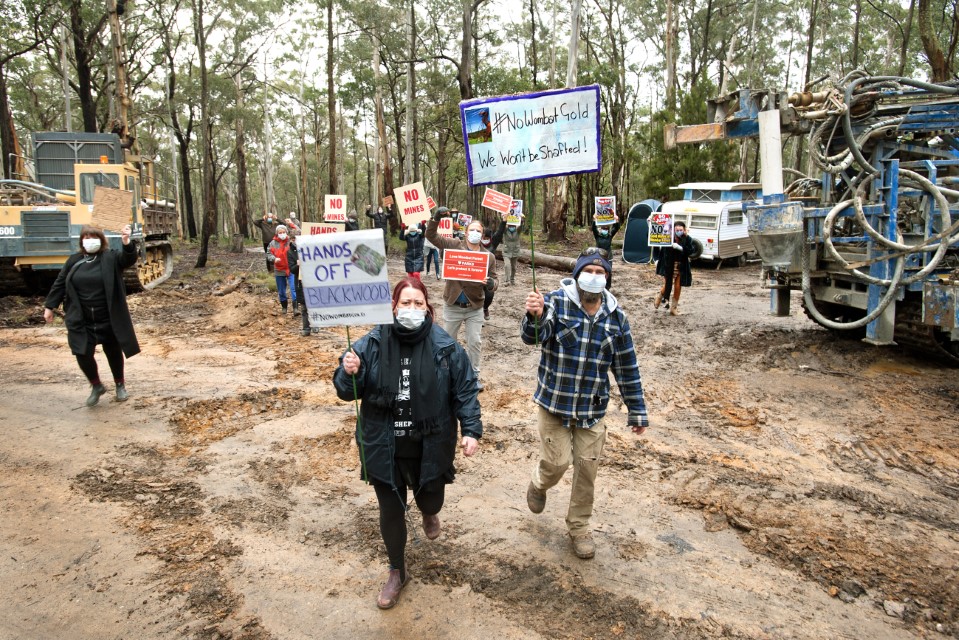 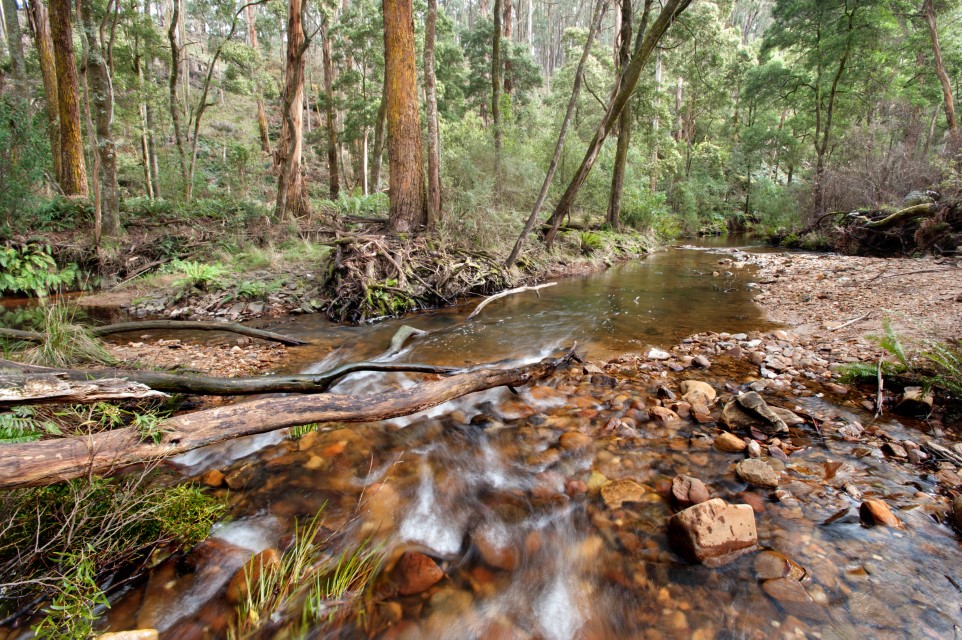 Blackwood residents protested in the Wombat State Forest last week after they discovered mining company Currawong Resources had begun exploratory drilling for gold.
Residents said they were distressed to become aware of the mining operations in an area that was recommended by the Victorian Environmental Assessment Council to become part of the Wombat Lerderderg National Park due to its high biodiversity values.
“We’d rather tourists here than mineshafts,” said protester Michelle Cassidy.
“I’m a really firm believer in the wildlife and their habitat and the destruction here is horrific considering they’ve only just started testing.”
The residents are concerned about water table and noise issues, traffic and large trucks, contamination, the effect on wildlife, tourism and local business. They have formed a group called No Wombat Gold to fight the mining company’s plans.
Drilling rigs are taking samples from the side of a gully above Yankee Creek, which forms part of the headwaters of the heritage-listed Lerderderg River.
Phaedra Morris of Barrys Reef, organiser of a protest meeting, said she loved living in the bush and was concerned that new gold mines would affect water catchments.
“We are very concerned that the exploration will lead to a mining operation in our spectacular forest, destroying the very reason we live here,” she said.
Gayle Osborne, convenor of Wombat Forestcare is also alarmed.
“It is now a year since the Victorian Environmental Assessment Council recommended a park structure for the Wombat State Forest to protect its environmental values, including many threatened species and the headwaters of six rivers,” Ms Osborne said.
“The Victorian government has delayed making a decision regarding these recommendations and the delay has allowed a mining company to commence exploration drilling in the proposed Wombat-Lerderderg National Park.”
“Is the real reason for the delay that the state government intends to mine and log the Wombat Forest?”
The Wombat State Forest is home to greater gliders and powerful owls. The habitat of greater gliders, a species that is listed as vulnerable to extinction, was drastically reduced throughout the state in the summer fires, making the forest even more important for their survival.
In a submission to VEAC, VicForests suggested “the Wombat State Forest could sustain an ongoing sawlog yield of over 10,000 cubic metres per annum”. This would equate to approximately 3500 large trees a year.
“Without the protection of a park structure, we will see a return to exploitation of the forest,” Ms Osborne said.
“We call on the Andrews government to accept the VEAC recommendations and protect the Wombat State Forest for its biodiversity, water supply and recreational values.”
Currawong Resources’ mining exploration licence extends from Blackwood to almost to Macedon in the east, and north beyond Malmsbury.
The Express was unable to obtain a comment from the company by the time of going to press.