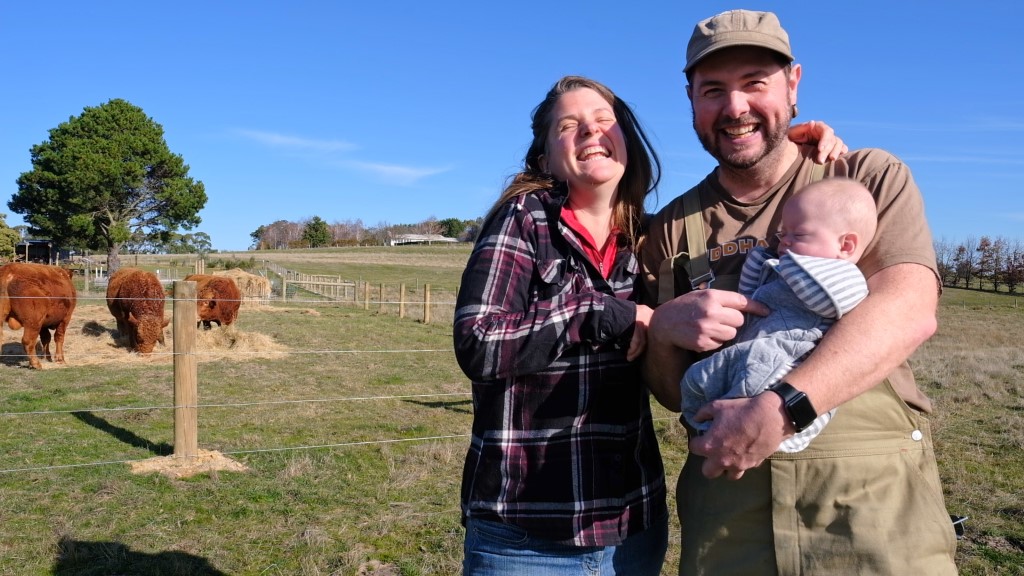 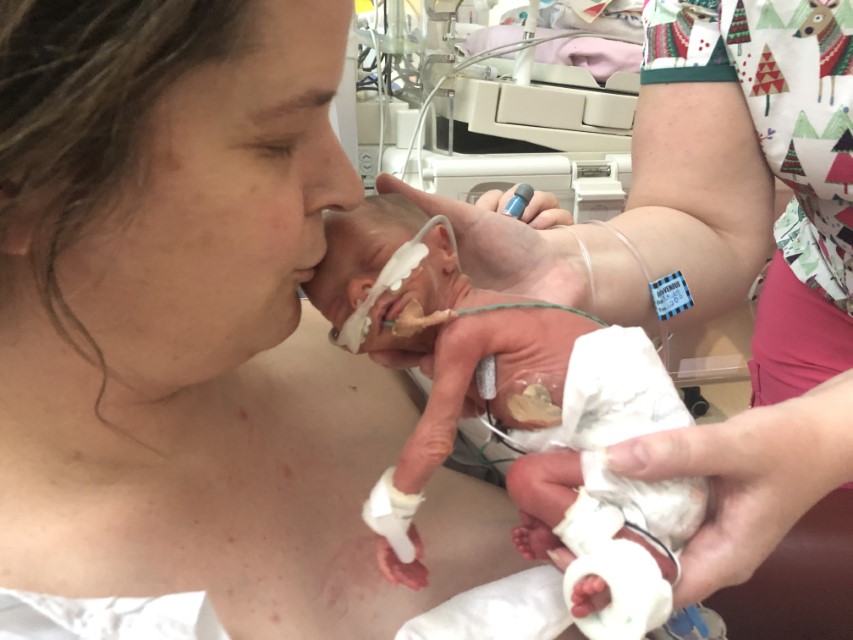 Madeleine Jenkins and Tim Harvey had the rug pulled out from under them before they found solace in farm life at Tylden.
The couple had a five-year plan in mind when they purchased their 48-acre block in 2018, but the double blow of the 2019 bushfires and COVID-19 ended Tim’s work in the events industry.
Coupled with the premature birth of their daughter Leela, the events made them radically accelerate plans.
“I can honestly say there’s been more ‘life moments’ packed into the last 12 months than my previous 45 years combined,” Tim said.
Following months of hospital visits and facing the prospect of a long period without work, the new parents put everything they had into developing their farm and launched two enterprises in three months.
Their family venture, 3 Bears Farm, has now fast-tracked a regenerative and ethical food journey with pastured eggs and premium grass-fed beef.
“At the moment we’re producing around 1500 eggs a week from 300 pastured chickens that fertilise our paddocks as we move them around weekly,” Tim said.
They distribute eggs through neighbourhood hubs where people can collect produce at designated times.
The second aspect of their venture is premium grass-fed beef hampers.
“We noticed with COVID that food distribution networks were stumbling and we were concerned about resilience in the community and that’s one of the reasons we went for a hub-based model,” Tim said.
“It provides that back-up, that contingency and resilience to ensure that food networks can stay stable and sustainable during a crisis.
“It’s about building community around food distribution. It seems to be an appropriate thing to do in these times.”
The couple has had mentors helping them grow the farm including Tim’s parents who have been living in Trentham for the past 22 years.
An important element to the farm is the couple’s regenerative agriculture approach – a movement that is growing.
“People have very warmly welcomed the ethical angle that we take to farming: low-density, low-intensity, slow farming,” Tim said.
“We’re very small-scale, we walk among the animals every day and they take an active role in bettering our pastures and paddocks.”
The next six months will be vital for building up their community network and strengthening neighbourhood hubs, with the potential to partner with other farmers around this model.
“Now’s the time more than ever to support producers and form a really strong community reliance,” Tim said.