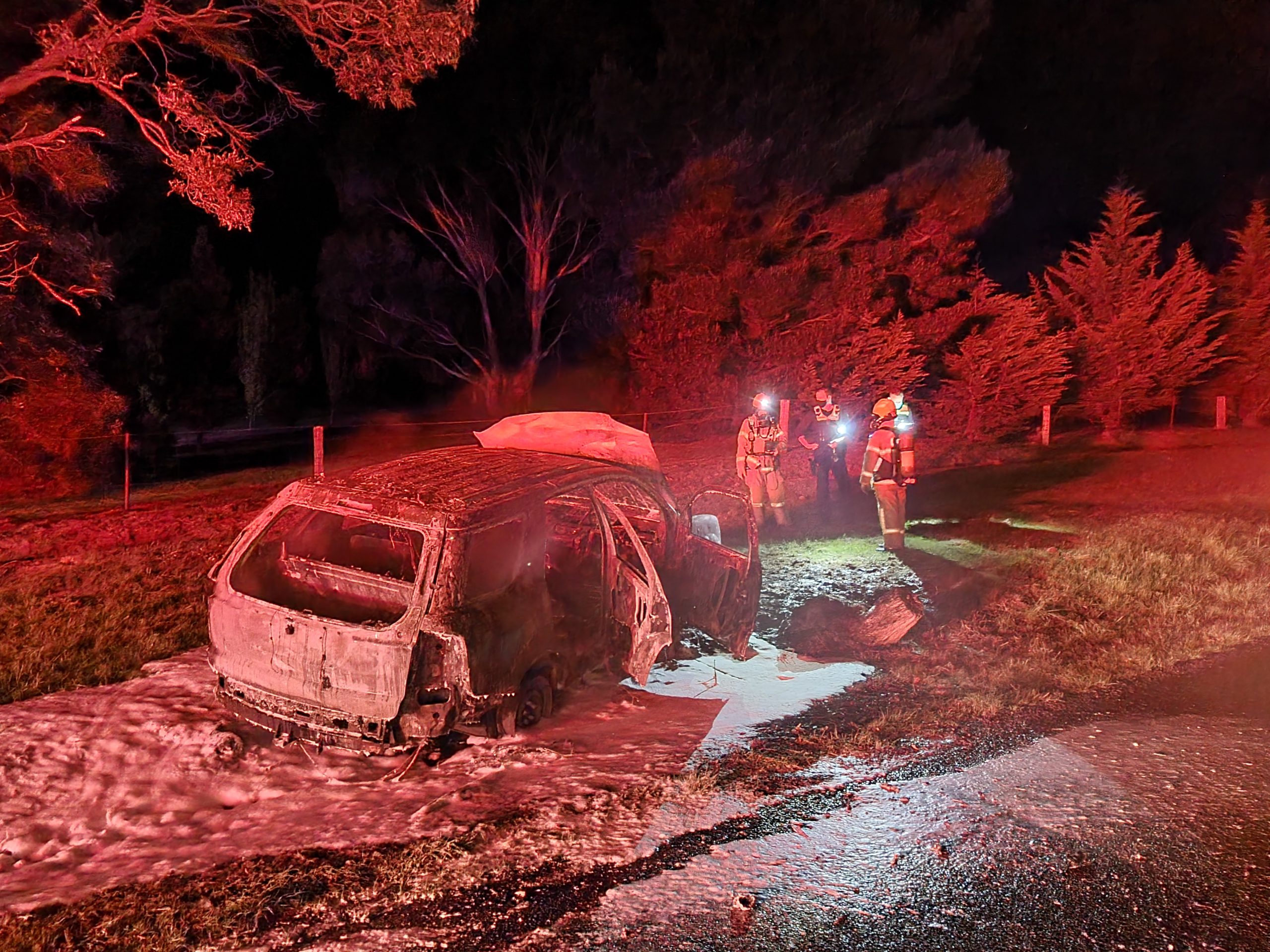 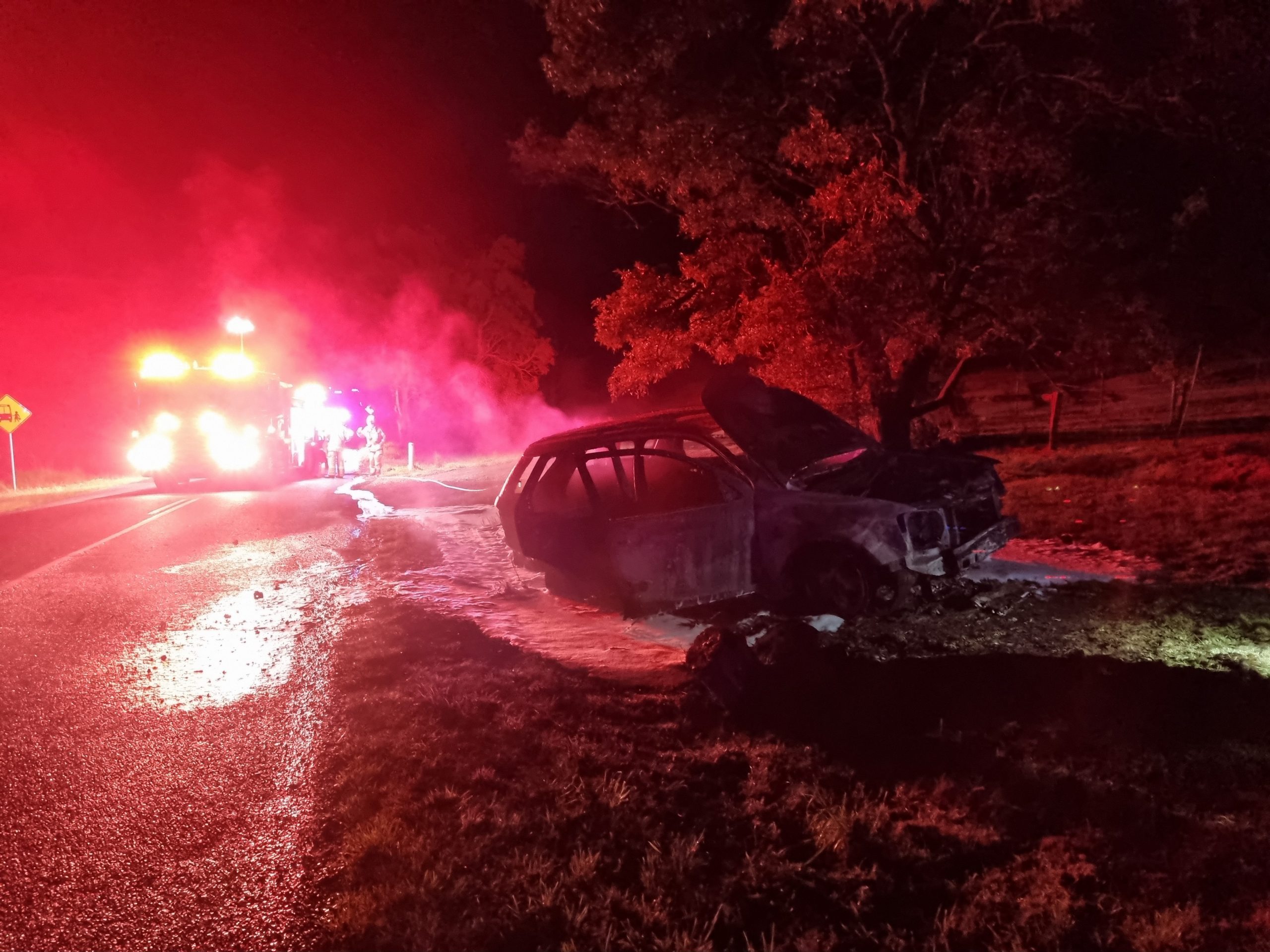 A car fire at Gisborne South early this morning has been deemed suspicious.

Firefighters from Gisborne, Toolernvale and FRV Station 53 arrived on the scene on Couangalt Road just before 1.30am.

“Due to ignited fuel that was running from the vehicle, B class foam was used. Bunding was used to stop the fuel spreading into any water courses.

“Victoria Police were also requested due to the suspicious nature of the incident.”