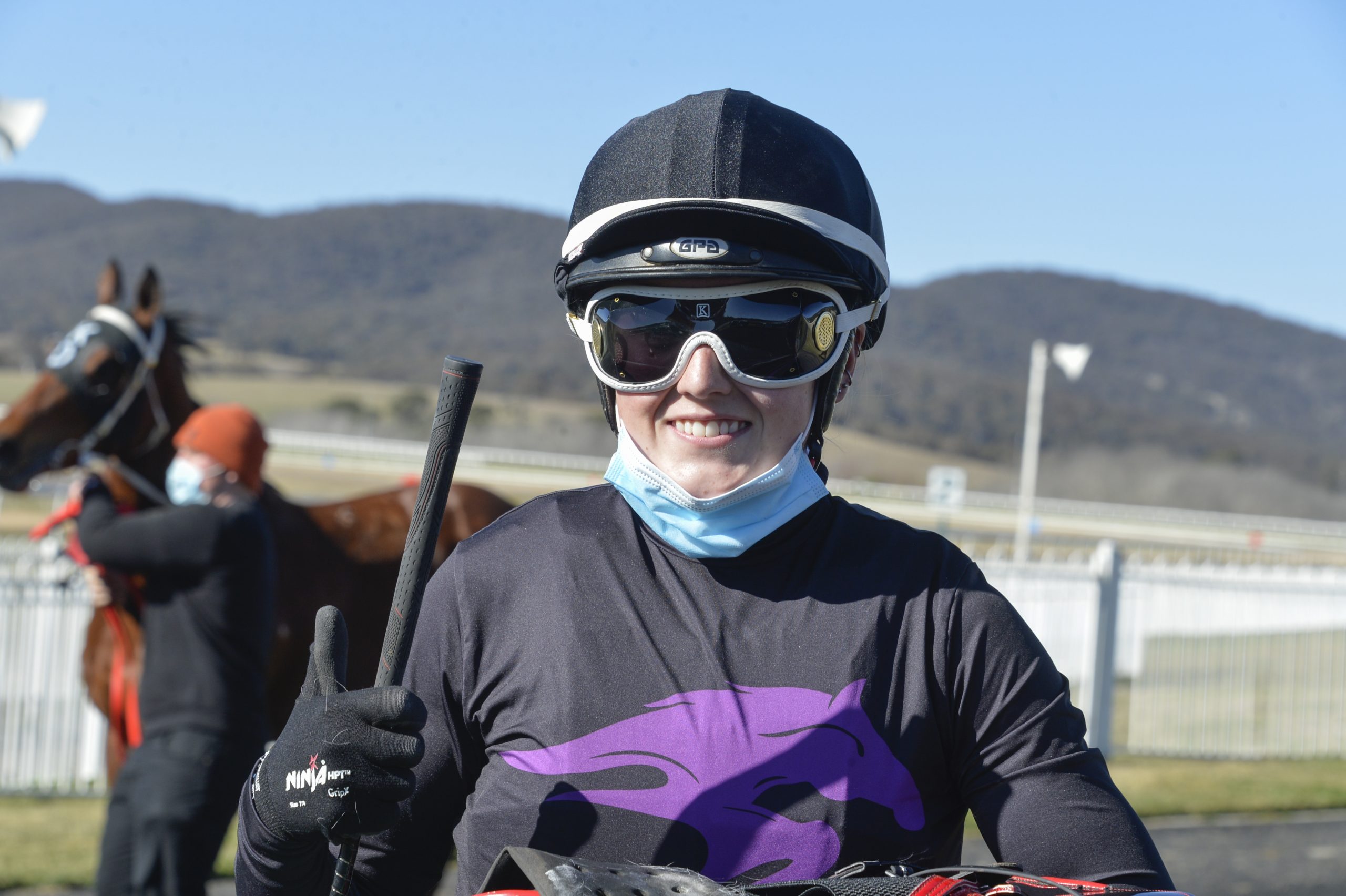 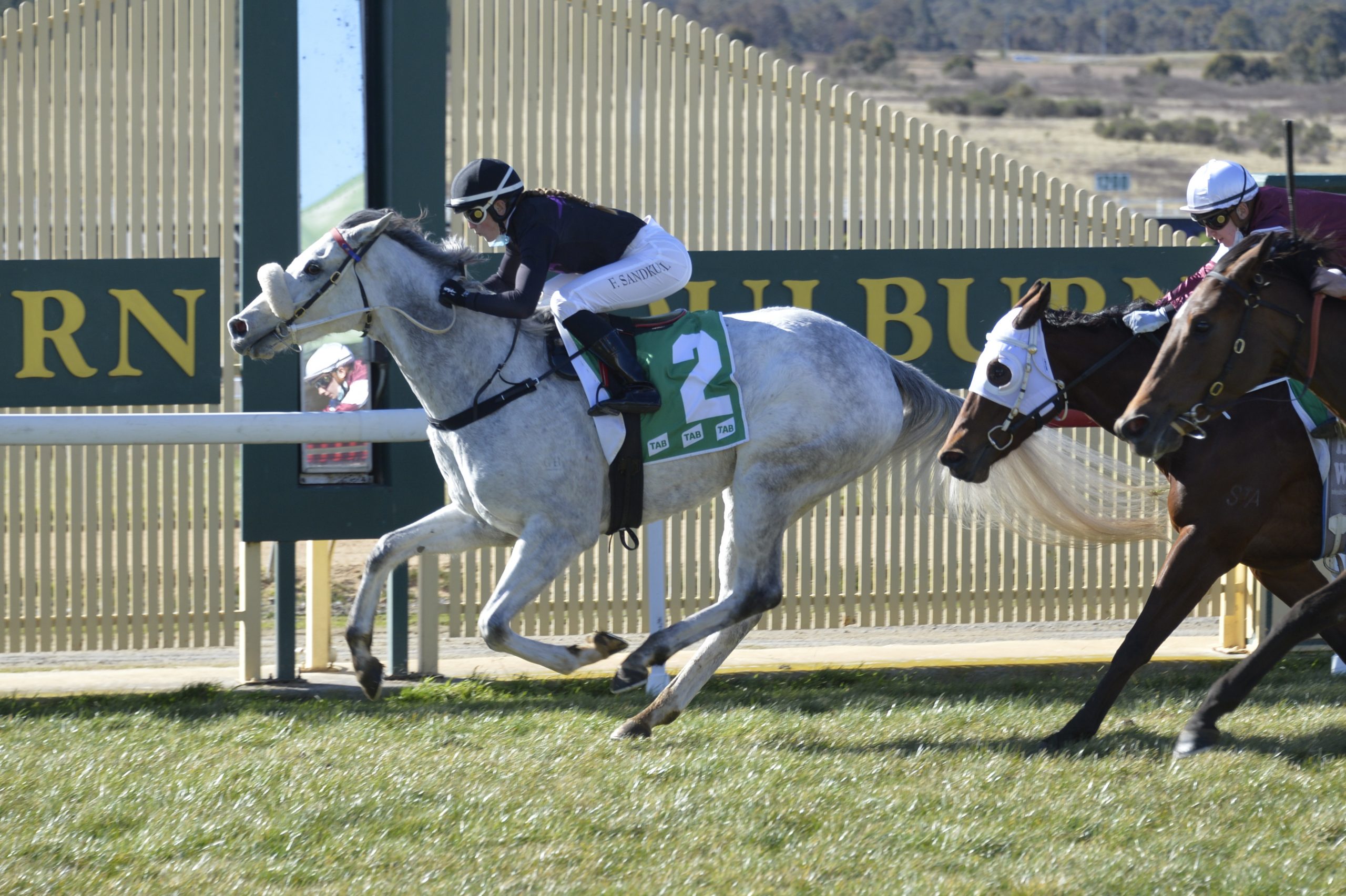 Apprentice jockey Fiona Sandkuhl, from Gisborne, has notched her first career winner, guiding the Mitch Beer-trained Snowbella to victory at Goulburn.
In only her sixth ride, the 21-year-old looked a natural in the saddle on July 30, taking the grey mare forward in the 1300m BM58 Handicap from gate four, before holding on for a good victory.

“It was amazing. I was pretty shocked to be honest. When I crossed the line, I didn’t really know how to feel,” Sandkuhl said.
“I just sort of looked around and thought, ‘wow, no one went past me’. It was a really great feeling, and great to come back a winner.”

The 21-year-old was over the moon after the race, and soon enough, messages of congratulations followed the win, with Sandkuhl explaining that a large and complex support network would have been willing her home.
The early career win will be no surprise to those who know Sandkuhl, who has spent much of her life in the saddle, kicking off with pony club when growing up in Gisborne.

“I have been riding since I was nine, it started with basic pony club and show jumping and I loved sporting horses; I did a lot of comps with Sporting Horse Australia,” she said.
“I started a business when I was 15 with my twin sister Isabella called ‘Back In Work Ponies And Horses’ and we rode a lot for other people and I just wanted a change.

“I got an opportunity with Patrick Payne Racing to begin my trackwork career there. I started working for George Osborne (Kyneton trainer) in that time.
“Mum’s friend saw a post about Mitch Beer (Albury trainer) wanting an apprentice and I went up and met him a couple of times and loved it and here I am.”

She moved to Albury in February last year, and had to do certificate three and trails right up to kicking off her riding career on July 4 this year, riding Chap’s Dream at Gundagai.

Sandkuhl said she was in love with the industry, and even enjoyed the jobs that some might find mundane.
“Now, I absolutely love starting early, I love the afternoon shifts and I even don’t mind picking up horse poo – it’s all part of the journey.”

A thankful young jockey wasn’t taking all the praise either, and thanked those who had helped along the way.
The Beer team has been on fire of late, and Sandkuhl admitted it was a good time to be the stable’s apprentice.
“We’re in a stage where we are getting quite a few winners and hopefully with my claim, it will be good to get chucked on a couple that have a good chance,” she said.

“She has come through pony club, the equestrian side, dressage and all that off the track sort of stuff and it is just teaching her about racing and transitioning from one industry to the other.”
Beer said the stable’s newest apprentice was a hit with the entire team, largely due to her good work ethic and attitude.
“She is a great kid, everyone at the stables loves her.”

Asked if Sandkuhl had the stuff to be a top jockey, Beer believed she had all the tools to carve out a great career.
“I think her attitude is the best thing about her.
“No doubt when the success starts to come, it’s not going to get to her head and it will allow her to go through the ranks and hopefully in time in three or four years, we see her punching out winners in Sydney or Melbourne.”

Vaping, what you should know

11/08/2022
While the message about the dangers of cigarettes seems to be getting across to the next generation, there appears to be an alarming new...

Of love and loss